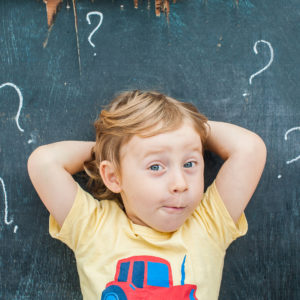 A documentary airing on a publicly funded television network examining innovation—or the lack thereof—in America’s educational system has garnered bitter complaints from traditional allies of the network. On the other hand, groups staunchly opposed to the very concept of federally funded programming have stepped up to support the Public Broadcasting System, or PBS, in its decision to inject another perspective into the education debate.

“School Inc.,” the documentary series in question, consists of three episodes hosted by Andrew Coulson, the late former director of the Cato Institute’s Center for Educational Freedom. Over the course of three episodes, available online to PBS members, Coulson seeks to dissect the reasons why successful models in education don’t scale in the same way they do in other industries.

By the end of the series, Coulson concludes that the primary difficulty is that the wrong incentives exist in the education sector. By selectively pulling examples from other nations and pockets of experimentation within the United States, Coulson builds the argument that more free-market forces should be unleashed in education. Like many conservatives, who tend to support school choice, Coulson argues that government bureaucrats don’t have a personal stake in the public system’s successes—and that central planning inherently leads to wrong-headed regulations and inefficiency.

The American public school system, which actually comprises thousands of small, local-level monopolies, is an obstacle to change, according to Coulson’s reasoning. He points to models in Chile, Sweden, Korea, and India where privatized for-profit educational options have proliferated, and in some cases, have outstripped public competitors.

Coulson also highlighted successful public charter school networks in the United States, like the KIPP academies, as beacons of hope. He does also note, however, that investors and donors to charter school networks are not as discerning as they should be in which charter networks they support financially, which has created a situation in which the charter sector is scaling “at random.”

The decision to air the documentary has been met with howls from some progressive education advocates. Diane Ravitch, a leading education historian whose analysis has drifted far to the left in recent years, penned an op-ed in the Huffington Post pillorying PBS for giving airtime to “paid propaganda.”

In particular, Ravitch noted that the documentary’s funders are free-market school choice advocates, some of whom could stand to profit from expanded charter laws or voucher programs. She says such programs are problematic because they tear down barriers between Church and State by allowing public funds to send students to private religious schools.

Ravitch also criticized the documentary for leaving out relevant context in some areas, for example that the documentary fails to highlight the fact that the KIPP academies enroll low numbers of special education students, or that the European nation with the strongest academic performance, Norway, runs an entirely traditional public school system.

She suggested that PBS’s decision to air the documentary is a cynical ploy to curry political favor with a newly elected Trump administration that is pro-school choice and has proposed slashing funding to public broadcasting. (In this case, Ravitch’s own argument lacks the context that the documentary has been in the works for years, long before President Trump was elected.)

School choice critics have noted studies showing subpar performance for students enrolled in voucher programs (though some of the studies do show that public schools tend to improve when faced with competition for enrollment). Some also worry that school choice measures, like the large scholarship program in Florida, don’t cover the full cost of a private school education. The result, therefore, is that well-off students have their schooling subsidized, while the public schools become defunded holding centers for low-income students and students with special needs. Others worry that bad actors will inevitably be incentivized to skimp on services to students in an effort to widen profit margins.

Curiously, some of PBS’s biggest critics, like the libertarian Cato Institute, have rallied to the public broadcaster’s defense. In a response to Ravitch’s piece, Neal McCluskey, Coulson’s successor, pointed out that PBS does not hide the opinionated nature of the series—he notes that the documentary’s subtitle is “A Personal Journey with Andrew Coulson.” Attempting to censor the series, he said, does a disservice to a legitimate and relevant public debate. He argued that viewers should be allowed to make their own decisions about the series.

McCluskey also disputes some of Ravitch’s arguments on their merits. He made the case for weaknesses in the studies that have sparked bad headlines for voucher programs. He also rejected the idea that public schooling has long been separate from religion, pointing out that many of the fierce educational debates in the late 19th century were over whether Catholic institutions should be allowed to encroach on the territory held by the mostly Protestant public school system.

Inarguably, the school choice debate has ramped up since Betsy DeVos was nominated as Education Secretary. The position DeVos now occupies is less powerful than many realize, though she does have a large bully pulpit that she is using to promote school choice. Coulson, who died of brain cancer before his documentary was completed, would likely be heartened by the fact that his work has contributed to the ongoing dialogue.