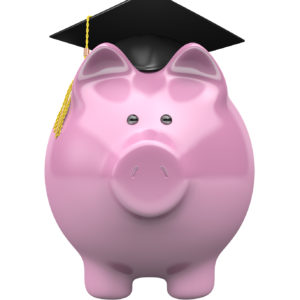 As college affordability and access to higher education enters the presidential race, the policy issue is also playing out in tight Senate races.

In the New Hampshire contest, between incumbent Republican Kelly Ayotte and Democratic challenger Gov. Maggie Hassan, college costs has been a point of contention between the two candidates since their campaigns started, as they look to differentiate themselves from each other.

College affordability resurfaced last week when Democratic nominee Hillary Clinton and her primary rival, Sen. Bernie Sanders, spoke at the University of New Hampshire about their plan to offer free public college to students whose families make less than $125,000 a year.

New Hampshire students have one of the highest college debt totals in the country.

Specifically on Pell Grants — the largest need-based student grant program for higher education — Hassan has made the claim several times that Ayotte has voted to cut the program even though it would make college more expensive for Granite State families.

“Despite Kelly Ayotte’s efforts to rewrite her real Washington record, the truth is that the Koch Brothers and Ayotte’s special interest backers on Wall Street have spent millions of dollars supporting Ayotte’s campaigns because she puts their agenda first, even when it means making college more expensive for students and families,” Hassan said in a September press release.

“Kelly Ayotte is in the pocket of the corporate special interests that fund her campaigns and her voting record proves it,” said Shripal Shah, spokesman for the PAC.  “Her special interest agenda is great for big oil companies and the big banks on Wall Street, but it’s wrong for New Hampshire students and middle-class families.”

Ayotte was quick to respond and said the claims were simply not true.

“First, these groups are falsely claiming that I cut Pell Grants, a need-based program that helps students pay for college,” she wrote in an op-ed in the Concord Monitor. “We should do everything in our power to help low-income students afford a higher education, and I support the Pell Grant program. I’ve even co-sponsored a bill with Sen. Tim Kaine to allow students to use their Pell Grants for short-term skills programs, giving them more flexibility about the kinds of education they want to pursue.”

While Hassan claimed that Ayotte voted to cut the program during her time in the Senate, Ballotpedia, an independent online encyclopedia of national politics, found her claim to be inaccurate.

“While Sen. Ayotte has voted for measures containing provisions that, if enacted, may have reduced spending for Pell Grants, given the large scope of the legislation we are unable to conclude that Sen. Ayotte was voting specifically ‘for deep cuts to Pell Grants,’” the group found.

The legislation in question was the 2011 fiscal year appropriations bill, which would have provided funding to the Department of Defense and other government agencies. The bill would have also capped the discretionary base maximum Pell Grant for the 2011-2012 award year at $4,015, which was down from the previous year’s funding of $4,860.

The bill was rejected, but Ayotte voted for it. However, due to the scope of the bill, it was not concluded that she was voting specifically for the cuts to Pell Grants.

With many budgets and appropriations bills, different provisions and amendments are added on and it makes it difficult to judge a straight up-or-down vote on a specific policy measure in the legislation.

Hassan and Ayotte are scheduled to participate in five more debates before the November election and it could be expected that higher education and the Pell Grant program would come up again.

But Pell Grants are not unique to the New Hampshire Senate race. Candidates in other close races have been tackling the question.

In the Missouri Senate race between incumbent Republican Roy Blunt and Democratic nominee Jason Kander, The question came up at a forum last week.

Blunt said he has worked to reinstate Pell Grants, but Kander countered saying he originally voted to cut funding to the program.

“Senator, somebody who sets a fire and then puts it out is not a fireman, they’re an arsonist,” Kander said.

Blunt’s “yea” vote was on the same legislation that Ayotte voted for in 2011.

Blunt said the grants were cut in order to make up for an $11 million billion budget shortfall.

In Ohio, the Democratic challenger Ted Strickland released an ad at the end of August about how the Republican incumbent Rob Portman cut funding for Pell Grants by voting for the same 2011 budget as Blunt and Ayotte.

Democrats typically are on the offensive on education, since they often receive support from teacher’s unions and education associations. As the candidates debate more throughout the general election, the issues in higher education, and especially with the Pell Grant program, could be cause for some heated moments.