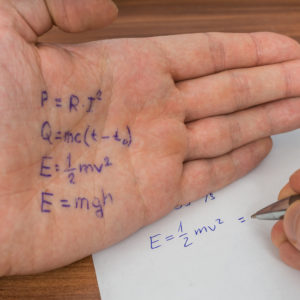 “People Will Cheat”—Test Proctoring in a Digital Age

Education is increasingly a buyer’s market, according to Michael London, the CEO of Examity, a remote test proctoring service. To compete for admissions, schools are moving to offer the customizable learning options that students want—including online learning and at-home test taking. While technology opens new doors in education, however, the age-old incentives to game the system by cheating are constant.

London, a published author and a longtime education executive who was previously the CEO of the Bloomberg Institute, believes his newest venture can ensure the integrity of assessments in the digital age. During an interview with InsideSources, London discussed the challenges of weighing a school’s need to curb cheating while protecting student privacy and maintaining an academic environment conducive to high performance.

Examity offers a tiered suite of services to educators. Schools can hire the company to do anything from videotaping on-campus testing sessions and reviewing footage after the fact for suspicious behavior, to connecting students taking tests from home with a live test proctor via web-cam. Locations in Massachusetts, Illinois, and overseas in India, allow London to offer round-the-clock options for students. The company also conducts identity verification to make sure that the correct student is sitting for an exam—that they haven’t convinced a friend to do the work for them.

He explained that even with his employees acting as deterrents, they still routinely catch test takers behaving inappropriately. The cheating they have seen ranges from the unremarkable—students smuggling reference notes for themselves—to the highly creative—the student that hid their mother under their desk during an online test session.

Examity has its competitors, ProctorU, for example, is a big name in the field, and the education sector is a notoriously difficult market to break into. However, the rapid spread of online learning options has London optimistic. It’s not just online-only institutions that need test proctoring, he said, but increasingly large public and private non-profit schools are expanding online offerings. London believes that market trends are forcing the hand of education institutions across the spectrum.

“Students are demanding online, so what’s happening is that the schools that are not online will really suffer in their enrollment,” he said.

Part of the challenge for companies operating in the online testing space, and for the big and small institutions new to it, is taking into account the student’s experience. Presumably, some students may chafe at the idea of having a stranger watching them through a webcam while they take a stressful, high-stakes assessment.

“You don’t want to be Big Brother,” said London, and oftentimes suspicious behavior falls into grey areas. “Is it ok to interrupt a student when he looks around three times? Do you interrupt it, or do you make a note of it? Those are judgment calls and choices of school culture that both institutions and groups like ours have to make.”

The school culture component is significant because some institutions take a hard line on trusting their students to act as mature adults. University of Virginia, for example, has a stringent student-run honor code that has only one penalty for violations: expulsion. The honor code also protects the students, however, and educators at the state university tend to be highly trusting of them—in many cases allowing them to take un-proctored self-scheduled take-home exams.

While University of Virginia (which is not a client of Examity) could represent an outlier, London believes that in general such policies are not incompatible with the services he offers. “I don’t look at honor codes as a competitor to online proctoring,” he said.

London is firm that his services have an important role to play in the education system. He argued that in addition to the moral component; a compromised assessment can cost an institution thousands, or even millions, while also threatening a school’s reputation.

“When the stakes get high enough—and it’s life-changing for an individual—there is a subset of the population that is willing to take the risk and cheat, especially online,” he said.