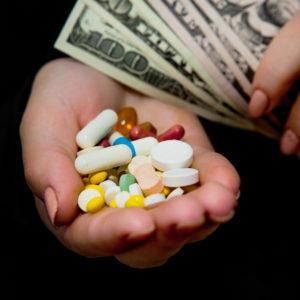 Pharmacy Benefit Managers Pad Their Profits at Your Expense

Public attention is beginning to shift to the shadowy industry playing a central role in America’s drug cost crisis, but little has changed.

If you receive prescription drug benefits through your employer, chances are the prices you pay at the pharmacy counter are being impacted by a pharmacy benefit manager (PBM).

Despite their enormous size and influence, PBMs have historically operated outside of public scrutiny. Yet the business tactics PBMs employ contribute substantially to the spiraling drug costs the U.S. faces. The lack of government oversight, the opacity of the transactions they manage, and the increasing concentration of market power have allowed PBMs to extract enormous profits at the expense of plan sponsors and beneficiaries.

One widely used strategy among PBMs is to take advantage of “spread pricing,” by which they bill plan sponsors higher amounts than they reimburse pharmacies and pocket the difference. A study in Ohio found that two large PBMs charged plan sponsors $2.5 billion while paying pharmacies only $2.3 billion — and generated $200 million in profit.

PBMs also pad their profits by charging patients more in copayments than drugs actually cost — a source of revenue called “clawbacks.” One PBM, for instance, charged patients a $50 copay for a contraceptive and anti-acne drug called Sprintec, which costs less than $12. As a result, the PBM collected a profit of $38 on every prescription.

Clawbacks are widespread, costing Americans more than $2 billion every year. A study by the University of Southern California found that patients paid more than the price of their prescriptions 23 percent of the time, with an average overpayment of $7.69 on those transactions. Why don’t consumers purchase cheaper prescriptions without going through their PBM? Many simply aren’t aware that they’re overpaying, and PBMs use gag clauses to prevent pharmacists from discussing cheaper options with their customers.

Due to recent mergers, the three leading PBMs — CVS Caremark, Express Scripts, and OptumRx — now control 72 percent of the market. As power has become more concentrated in the industry, PBMs have been able to exert enormous influence over pharmacies by threatening to direct customers away from those that refuse to accept their terms.

PBMs have leverage over other parts of the drug supply chain as well.

Manufacturers that wish to have their drugs covered on PBMs’ formularies — the lists of drugs available to patients in an insurance plan — pay huge rebates to PBMs. Sometimes, PBMs promise manufacturers to exclude a competing drug from the formulary in return for a lower price. In doing so, PBMs stifle competition between drugs in exchange for deeper discounts.

As rebates and discounts negotiated by PBMs have increased, the gap between manufacturers’ list prices and the revenues they actually collect has grown substantially in recent years — up from $74 billion in 2012 to $153 in 2017. But instead of flowing through to plan sponsors and consumers in the form of lower prices, these savings are contributing to record-breaking profits for PBMs, and Americans are continuing to see their out-of-pocket spending on prescriptions escalate.

The harmful and anti-competitive business practices that PBMs thrive on are made possible by the industry’s secrecy and lack of transparency. Plan sponsors and beneficiaries should be given more information about how their insurance plans are managed and what rates are negotiated. Pharmacies should be allowed, and even encouraged, to point customers to lower-cost alternatives outside of PBM plans. And government audits should be conducted to measure the extent to which PBMs are sharing their additional revenues with beneficiaries.

It’s time to shine a light on an industry that has operated in darkness, to the detriment of millions of Americans, for far too long.