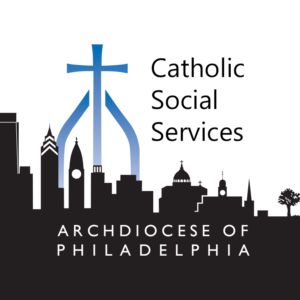 Posted to Politics November 16, 2020 by Peter Sprigg and Kaitlyn Shepherd

In March 2018, the Philadelphia Inquirer ran a story reporting that two Christian foster care agencies — out of 30 operating in the city — declined to certify same-sex couples as foster parents.

Even though 28 other agencies were available to work with same-sex couples, officials of the city’s liberal political establishment began scrambling to make sure Christian agencies could not operate in a way consistent with their faith-based definition of marriage.

Bethany Christian Services eventually agreed to change their policy. But when the city cut off its contract with Catholic Social Services (CSS), which has been ministering to vulnerable children for two centuries, CSS sued.

After lower federal courts ruled in favor of the city, the case was appealed to the U.S. Supreme Court, which heard oral arguments on November 4.

The Inquirer article which started the controversy said the Christian agencies “won’t place kids with LGBTQ people” — which is false.

Catholic Social Services has stated that it has no policy which would prevent placement of children with single LGBTQ foster parents on the same basis as single heterosexual foster parents.

However, it has a policy of not placing children with unmarried couples, regardless of their sex. Because Catholic teaching recognizes marriage only as the union of one man and one woman, all same-sex couples are considered to be unmarried — even those in a civil marriage.

The city argues that such a policy violates the city’s Fair Practices Ordinance — a local law that prohibits discrimination in “public accommodations” on the basis of several characteristics, including “sexual orientation.”

There is a real question whether foster parent certification — inherently a highly selective process — even constitutes a “public accommodation,” like a hotel or restaurant normally open to all. In addition, the fact that CSS will accept single LGBTQ foster parents suggests that they are not “discriminating” on the basis of “sexual orientation” at all. The distinction being made is one of family structure, not sexual orientation.

Consideration of several other protected categories in the FPO — such as “familial status,” disability and even race — is actually tolerated and even encouraged at various stages in the provision of foster care.

This undermines the city’s claim that its policy targeting Catholic Social Services is “neutral” and “generally applicable”— criteria needed to justify government infringement upon the free exercise of religion, according to a controversial 1990 Supreme Court precedent, Employment Division v. Smith.

If they did, CSS has made clear that they would be perfectly willing to refer that couple to one of the other 28 or 29 foster care agencies in Philadelphia willing to serve them.

In other words, the CSS policy does not prevent any same-sex couple from becoming foster parents. However, the city’s refusal to tolerate the CSS policy means that the agency must either abandon its religious convictions, or abandon its 200-year-old ministry.

When the Supreme Court redefined marriage in its 2015 decision in Obergefell v. Hodges, dissenting justices like Clarence Thomas warned of “potentially ruinous consequences for religious liberty.”

The current Court should recognize that even the Obergefell precedent only requires governments to recognizes same-sex civil marriages — not religious organizations.

The Obergefell majority acknowledged that religious groups may oppose same-sex unions “based on decent and honorable religious or philosophical premises,” and the Court subsequently ruled in Masterpiece Cakeshop v. Colorado Civil Rights Commission that actions by government officials are invalid if rooted in contempt for such views and those who hold them.

Philadelphia has shown such contempt toward Catholic Social Services — providing yet another reason why the Supreme Court should put an end to the city’s discrimination against CSS.

Rather than excluding CSS’s views from the public square, the city should be welcoming a diversity of viewpoints and service providers — especially when CSS is providing a valuable service and has been doing so for 200 years without incident.