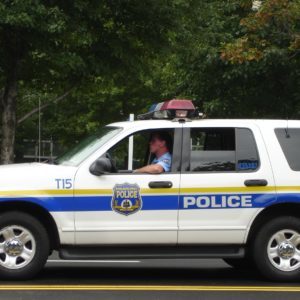 During the weekend of March 13 in Philadelphia, seven people were killed in a three-day span, including a SWAT officer who was murdered while attempting to arrest a homicide suspect.

That spate of mayhem continued an ugly trend in the City of the Rocky Statue.

According to the CBS television news affiliate in Philadelphia, since the start of the coronavirus outbreak, Philadelphia police say overall crime is down, but shootings are up 20 percent.

And, as of March 31, homicides have increased 20 percent compared to the same period last year. In those three months, 95 people have been killed this year in Philadelphia.

He wrote, “Personally, I detest police that act lawlessly… But in full disclosure, I detest, even more, young black men that kill other black men here, in Chicago, Baltimore and anywhere else. Simply put, no one stalks black men like other black men.”

That opinion story, which appeared in August of 2018, also mentioned this: “Homicides across the city reached 201. Of that number, 150, or 74.6 percent of the victims have been African-American. It is a virtual certainty that the overwhelming majority of them were killed by other black men.”

And that “virtual certainty” almost assuredly lives on in 2020 as shootings skyrocket.

Here is a national certainty: The homicide rate for black Americans is, on average, eight times higher than that of whites, according to the CDC in 2017.

In the words of the venerable Marvin Gaye, “What’s Going On?”

“I don’t know what they [law-enforcement officials] can do because I don’t know what is causing it,” Mitchell, who lives in west Philadelphia, told InsideSources. “The poverty rate has hovered around 25 percent for years, but the homicides have been escalating in the last three or four. The gun buybacks and anti-violence marches and protests don’t work. I’d urge hiring more police, but I don’t know that that’s the answer. I’m as stumped as Philly is.”

Rashawn Ray, associate professor of sociology at the University of Maryland-College Park, and the David M. Rubenstein Fellow in Governance Studies at the Brookings Institution in Washington, donned his social-scientist hat in offering an explanation.

Note that in Philadelphia, a 60-year-old man was shot while practicing “social distancing” amid the coronavirus pandemic. The man was in his home watching television when one stray bullet pierced a window and another burrowed through his TV; one of the bullets landed in his left shoulder, according to local television reports.

The man was shot when three gunmen opened fire on a man and woman sitting inside a car and continued to shoot as the vehicle sped off.

In another tragic, though opposite, situation on March 30, a group of people should have been practicing “social distancing” but weren’t. Five people were shot — including a 1-year-old boy and his 18-year-old mother — during an outdoor party. Police said the group was celebrating the birthday of a man who was shot and killed a few days earlier.

That gathering, of course, violated city-mandated decrees that barred public assembly because of the pandemic.

Another contentious issue surely will be the drastic changes levied by Philadelphia city officials regarding the police department’s arrest policy, announced last month because of the coronavirus scourge that’s enveloped the globe.

Under a new process called “delayed arrests,” suspects would be “detained” by police for identification and paperwork, then released, and arrested at a later date for adjudication, presumably when this current coronavirus environment has been quashed.

When that new format was announced for so-called “non-violent offenses,” the reaction went viral, so to speak, as the interpretation/translation by many residents essentially was tantamount to “criminals won’t be arrested anymore.”

Imagine a Philadelphia homeowner clamoring for justice blurting, “Wait a minute! A criminal can just steal my car and get away with it.”

With “impunity,” in the city where the U.S. Constitution was signed?

The uproar prompted the newly installed police commissioner, Danielle Outlaw, to issue a clarification, declaring, “This temporary response model was implemented to protect our officers, and the communities we serve, from becoming infected or spreading Covid-19.

Additionally, these protocols allow us to adjust to the changing availability of resources within other areas of the criminal justice system. To reiterate, criminal offenders will be held accountable for the crimes they commit.”

However, in the areas around Philadelphia, police departments in Bucks, Montgomery, Chester and Delaware counties in March said they expected no disruption in their usual policies and protocol. Though some counties have begun early-release programs for selected non-violent offenders in jails and prisons.

Philadelphia’s Dorothy Johnson Speight, founder of Mothers in Charge, a violence prevention and education organization, was quoted by “Philadelphia Inquirer” crime and justice reporter Mensah M. Dean regarding her fears.

“I don’t think that anybody who is out there gang-banging or shooting or robbing feels one way or another about the coronavirus. In fact, they may see this as an opportune time” to commit crime, Speight explained. “I don’t have the answer, I don’t think anybody else does. But there are places that have seen a reduction in homicide that seem to be working on some level, where people are working together.”

But not in the city that features the Liberty Bell and the Benjamin Franklin Parkway.

“People act like folks engage in drug-dealing and prostitution because they want to,” Ray explained. “No, it’s because they feel it’s the only way they can make money. In these neighborhoods, you can see a lack of business ownership, a lack of quality schools, a lack of home ownership.”

A report by the National Council on Family Relations last year took a deep dive into homicides and the urban experience. For example, of the 12,979 firearm homicides in the United States in 2015, 81 percent occurred in urban areas, according to the CDC.

In 2014, in Philadelphia’s safest police district, which is about 85 percent white, there were no reported deaths by gun violence. In the most violent district, with a 90 percent black population, there were 189 shooting victims and 40 deaths, according to the Philadelphia Police Department.

Some conservative commentators such as Tucker Carlson of Fox News Channel believe major cities relaxing arrest rules because of the coronavirus is a surefire recipe for ultimate regret, asserting, “With schools being closed and millions of teenagers with nothing to do . . .  So how will they behave when they realize they can loot stores, steal cars, or trash public places without police responding to it? What do you think this is? You know what it is. It is a recipe for chaos, and people can feel it.”

A day later, Baltimore Mayor Jack Young pleaded with that city’s residents to stop shooting one another, after seven people were shot in one night. Young stated, “’We cannot clog up our hospitals and their beds with people that are being shot senselessly because we’re going to need those beds for people infected with the coronavirus.”

Baltimore last week released dozens of so-called “low-risk” inmates in an effort to stem the spread of the coronavirus. Also, April 1st began ominously enough in Baltimore, as three men who suffered gunshot wounds managed to find their way to a local hospital on that Wednesday — all in one afternoon.

And Baltimore, like Philadelphia, is in the midst of a record-breaking murder surge, despite a declining city population.

It’s murder in the age of the coronavirus and scaled-back policing.

Perhaps, that’s why gun sales have skyrocketed across the country.

And perhaps, many of those gun-toting, law-abiding Americans have lost faith in being protected by the justice system.