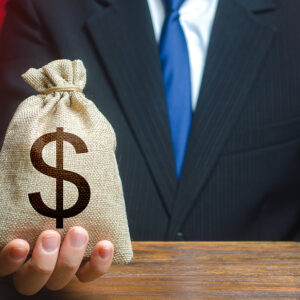 Philanthropy is the practice of giving money and time to help make life better for other people. Usually, it is the richest in society giving something back to make a difference and create positive change, under the auspice that this free giving comes with nothing expected in return. But what happens when philanthropists go bad?

Imagine, for example, an influential report on vaccines being funded (and the findings influenced) by a known billionaire anti-vaxxer, or a United Nations report on climate change funded by a billionaire climate skeptic. The public, quite rightly, would object to such reports, and the organizations involved would lose credibility.

However, with tobacco and nicotine policy, by far the largest global influencer is former New York Mayor Michael Bloomberg, an American billionaire who is ideologically opposed to tobacco harm reduction – the concept of promoting less harmful alternatives to smoking. Bloomberg’s philanthropic foundations are systematically promoting misinformation about harm reduction around the world.

Multiple studies have shown new reduced-risk innovations such as electronic cigarettes and heated tobacco have been found to be far less harmful than combustible cigarettes and more effective in helping smokers quit than nicotine replacement therapy options. Despite that science, Bloomberg’s global anti-vaping campaign continues to ignore the overwhelming evidence and repeatedly employs tactics to create doubt amongst lawmakers on every continent.

In the U.S., Bloomberg’s influence has arguably led to the Centers for Disease Control and Prevention (CDC) producing negative guidance and actively demonizing vapor and other reduced-risk products due to his funding of the CDC Foundation. Elsewhere, Bloomberg’s links with the Campaign for Tobacco-Free Kids have helped tobacco companies because being steadfast in opposition to tobacco harm reduction products means more people will smoke traditional cigarettes.

Even the World Health Organization (WHO) is under Bloomberg’s spell. In January last year, the WHO chose to publish a series of 14 tweets about the dangers of vaping, including claims such as e-cigarette liquid being highly flammable and that second-hand vapor is lethal to bystanders, both of which are entirely false. Later, in August, the WHO also produced a Bloomberg-funded report which was highly critical of e-cigarettes, and condemned industry for “marketing them as ’clean’, ’smoke-free’ or ’safer,’ and claim[ing] they are effective cessation aids,” all of which is true.

Bloomberg’s funding of organizations has led to a constant narrative of a mythical gateway from vaping to smoking, gross public misinformation campaigns purporting that vapes are as harmful as cigarettes, and an alarming insinuation that second-hand vapor may be harmful to bystanders. Ironically, Bloomberg’s money is funding misinformation campaigns that mimic the very worst “Merchants of Doubt” tactics of the tobacco industry in the 1960s and 1970s.

The campaign has paid off.  The latest U.S. National Cancer Institute Health Information National Trends Survey found only 2.6 percent of the American public (from the range of options available) correctly believe that vaping is “much less harmful” than smoking cigarettes.

This is a scandalous state of affairs on an international scale and the very opposite of what philanthropy should be about. With mounting evidence that Bloomberg’s money and influence are doing more harm than good, there seems to be no mechanism to address the misinformation of so-called philanthropists.

Recently, 19 of the world’s leading experts on tobacco and public health attempted to arrange a meeting with Bloomberg to discuss the evidence on harm reduction. He did not even have the decency to reply to their letter, let alone meet them.

Bloomberg once said that “organizations resist innovation and those that do inevitably fail because people are more comfortable with what they know than with what they don’t,” yet he continues to resist the rise of innovative safer nicotine products while using foundations and grantees to heavily promote misinformation about reduced-risk nicotine products.

Rather than acting altruistically and following the science and helping consumers, Bloomberg’s ideological opposition to tobacco harm reduction has resulted in millions of people being misled into making bad decisions for their own health, with seemingly no meaningful check on his misguided influence.

It cannot be right or ethical that anybody can inflict their prejudices on the world to the detriment of people’s health without consequences. One can only hope that, as throughout history, right will prevail and good will eventually triumph over bad.