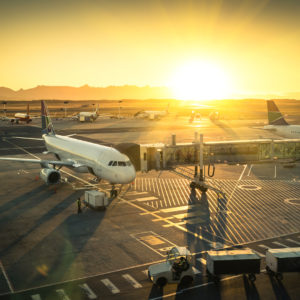 Pilots for a private jet company filed to hold a union decertification election Tuesday in what could potentially be one of the largest successful votes of its kind in history.

OneSky Crew Lounge consists of unionized pilots who are pushing the decertification vote. The group filed the application for an election with the National Mediation Board (NMB). Pilot Frank Woelke is representing the disenfranchised pilots by becoming what is known as a “straw man.”

“This application is a step in the right direction returning to a direct relationship with the company,” Woelke said in a statement provided to InsideSources.  “Allow the democratic process to work and then we can move forward positively.”

The Teamsters Local 1108 represents roughly 600 pilots who work for the private airline and its subsidiaries. The decertification effort won’t be the largest straw man campaign, but if they are successful it could become one the largest campaigns of its kind to win – if not the largest.

OneSky Crew Lounge claims to have 50 percent support as required under the Railway Labor Act. The majority of employees first have to sign authorization cards for a “straw man” to represent them. The straw man acts as a rival to the union during the election process.

The NMB will first have to determine whether the requirements were met before going forward with an election. The pilots will then be allowed to vote on whether they want to scrap their union if a vote is approved. They will have the option to keep the union, write-in an alternative union, or have no union.

OneSky Flight is the parent company of private airline services Flexjet and Flight Options. The Teamsters won the right to represent the pilots from those airlines together during a union election in December 2015. OneSky Flight merged the two companies under itself around 2013.

The Teamsters Local 1108 has challenged the company and its subsidiaries for not bargaining in good faith. A federal judge ruled early last year that the company needs to negotiate in good faith for a joint collective bargaining agreement covering the merged carriers. Senior management informed the union months later that it would not implement an agreement formed during an arbitration process.

OneSky Crew Lounge argues that it is clear that the pilots don’t want union representation anymore given that the majority of them have signed cards in support of the decertification election. The group is asking the company to discontinue any and all negotiations with the union until the election has been held.