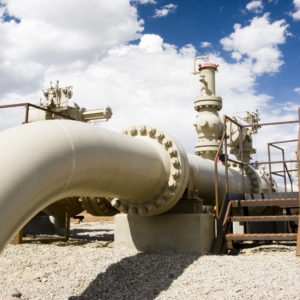 “We’re not going to have a huge pipeline running through the Northeast again.”

So the marketing director for Tennessee Gas Pipeline told an industry conference in April, The Wall Street Journal reported this week. And it’s not just the huge lines. As activists become more adept at enlisting government in their war on oil and gas pipelines, even small projects are becoming difficult to build.

This past Earth Day, the mayor of Holyoke, Mass., announced his opposition to a proposed 2.1-mile, 12-inch natural gas pipeline that would increase capacity to meet rising demand. He asked federal regulators to reject the pipeline.

In March, the Bristol, Vt., Selectboard voted to cancel a license agreement with Vermont Gas that would have allowed Bristol residents to connect to a gas line that runs from Colchester to Middlebury, vtdigger.com reported.

Natural gas is in high demand for powering and heating homes in the Northeast, particularly New England. But a regulatory clampdown on the construction of new pipelines has created an artificial shortage, raising prices, causing serious reliability concerns, and forcing residents to rely on dirtier and more expensive oil for home heating.

“While inexpensive natural gas has never been more plentiful in the United States, there is insufficient pipeline capacity in our region to deliver additional load,” Holyoke Gas & Electric wrote in January in explaining its moratorium on new residential gas hookups.

Consolidated Edison announced in March that it would no longer take new natural gas customers in the southern part of Westchester County, N.Y., The Wall Street Journal reported. That moratorium is upending plans for new residential developments there.

Environmental activists are driving these pipeline rejections. Yet ISO New England, the operator of the region’s electrical grid, points out that natural gas has lowered the region’s carbon emissions, and current supply constraints are causing higher emissions during periods of peak demand.

“The transition from coal and oil to natural gas has reduced emissions,” according to ISO’s New England Power Grid 2018-2019 Profile. “However, when natural gas supply is constrained in winter, oil- and coal-fired electricity production rises, driving up emissions.”

A natural gas shortage is pushing up prices, too.

The lack of an adequate natural gas supply has ISO officials seriously concerned about the ability of the electricity grid to meet demand.

“Between 2013 and 2022, more than 5,200 megawatts of oil, coal and nuclear power plants will have retired,” Gordon van Welie, president and CEO of ISO-New England, said in a call with reporters earlier this year.

“Further, the region’s remaining two nuclear stations and another 5,000 megawatts of coal and oil-fired generation are at risk of retirement in the coming years. That’s a significant concern because the region depends on these resources of on-site fuel supplies during cold weather. That’s when natural gas may be in short supply or more expensive.”

Coal and oil power plants can stockpile fuel on-site, which helps them to meet surges in demand in summer and winter. Since the fracking boom dramatically lowered natural gas prices, the Northeast has transitioned away from oil and gas in favor of cleaner-burning natural gas.

Now, however, activist opposition to new natural gas pipelines has prevented that cleaner-burning fuel from fully replacing oil and coal. During times of peak demand, utilities have to burn dirtier fuels because there isn’t enough gas available. Wind and solar are not yet reliable, storable alternatives during those peak demand periods.

And without new lines to connect homes to the gas supply, residents have to continue burning oil to heat their homes in winter.

New York, Pennsylvania, and Massachusetts are the top three states in the U.S. for home heating oil consumption, federal data show. Those same states are the primary battlegrounds in the fight against new natural gas pipelines.

The natural gas bottleneck they have created is preventing large portions of the Northeast from switching to cleaner-burning gas while alternatives such as wind, solar and hydropower are slowly made more viable.