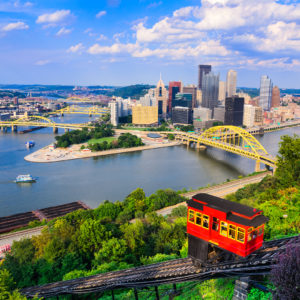 “I was elected to represent the citizens of Pittsburgh, not Paris,” said President Donald Trump earlier this month, announcing his decision to withdraw from the climate treaty. Critics immediately shot back that the city of Pittsburgh voted for his Democratic opponent, not him, by 75 percent to 21 percent. So there. Gotcha!

Unlike the critics, I don’t find this a particularly clever comeback. One reason is that — as analyst Michael Barone, ever sharp about voting patterns, has pointed out — Trump did carry the set of counties that makes up the greater Pittsburgh metro area, running stronger there (50 percent to Hillary Clinton’s 46) than had most previous Republicans. People refer to cities while meaning their metro areas all the time — if you have an aunt in Revere or Middleborough, Massachusetts, there’s nothing wrong with calling her your aunt in Boston.

More fundamentally, it seems to me it is Trump’s speechwriters rather than his critics who are showing the sounder grasp of what “elected to represent” means. It is not supposed to mean “elected by one faction of the country to advance its interests as distinct from the interests of the other faction.”

In fact, we specifically shouldn’t want presidents to feel that they have no responsibility to represent the interests and rights of voters or regions that went strongly against them.

Trump would rightly be criticized if he gave a speech and said, “I was elected to represent the citizens of Montana, not Massachusetts.” He may regret that Massachusetts residents voted against him, but as president he is responsible for sticking up for them against the outside world.

Election winners in victory speeches often say they will be a president (governor, mayor) for all the people, not just the ones who voted for them. It’s a commonplace bit of civic rhetoric but no less useful for that.

That’s one reason the slogan briefly popular among some Trump opponents after the election, “Not My President,” was open to question. It’s one thing to refuse to rally around any given president. But you don’t want to do so in words that might seem to release him from having to recognize that you, too, are his constituent.

Of course the “Pittsburgh, not Paris” phrase can be read at a number of rhetorical levels. Because the treaty is in part about energy burning and heavy industry, Trump probably sought to evoke the steel and coal industries for which Pittsburgh were so well known. Critics point out that’s out of date — coal has declined and there’s not much steel made around Pittsburgh. The city has gotten back on its feet through resources like its hospitals and its universities.

The Marcellus Shale fracking boom in Western Pennsylvania — which is a more ambiguous thing under the Paris treaty, since natural gas burns with much lower carbon emissions — has helped a lot too.

Even more broadly, Trump was proclaiming that he consults Americans’ interests rather than those of other countries when he acts. Philosophers can debate whether it’s fair to discount sharply, or ignore entirely, the well-being of the rest of the world. Politicians can’t afford to, because most voters from both parties want policy that puts American interests first.

If Trump’s opponents are smart, they will pass up the chance to fight a pointless “Pittsburgh or Paris?” battle and engage with the question of whether his policies will help or hurt.

Walter Olson is senior fellow at the Cato Institute and author of a book on labor and employment law. He wrote this for InsideSources.com.