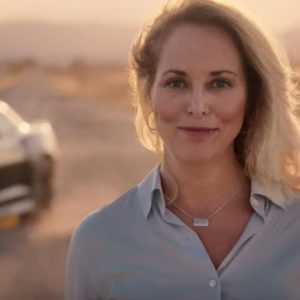 New Mexico Jewish leaders and Washington, D.C. fact-checkers are both calling out Valerie Plame’s new campaign ad for what it says — and what it doesn’t.

Valerie Plame, best known for the scandal surrounding her outing as a CIA agent during the early years of the Iraq War, is running in New Mexico’s Third Congressional district. The seat is open thanks to Rep. Ben Ray Luján’s decision to run for the Senate to succeed the retiring Sen. Tom Udall next year.

In the ad, Plame portrays herself as a victim of former Vice President Dick Cheney, a favorite villain of Democratic narratives. “Dick Cheney’s chief of staff took revenge against my husband and leaked my identity. His name: Scooter Libby,” Plame says in the ad.

The Washington Post gave her ad “Three Pinocchios” for falsely suggesting that Libby was responsible when the identity of the person responsible, former Deputy Secretary of State Richard Armitage,  is already known.

More recently Plame has been criticized for tweeting out an article in 2017 entitled “America’s Jews are Driving America’s Wars” from the fringe website UNZ Review. In response to complaints, Plame told her critics to “calm down, re-tweets don’t imply endorsements. Yes, very provocative, but thoughtful. Many neocon hawks ARE Jewish.”

She has since apologized.

Ron Duncan Hart, president of the Jewish Federation of New Mexico, lashed out at Plame for seemingly ignoring her past anti-Semitic actions.

“When you go into that kind of quicksand with your statements, it’s just very difficult to get out of it,” Duncan Hart said. “It’s difficult for me to grasp how someone goes from the extremes of those statements to the position that she is taking now. It’s a big range.”

Plame spoke to CNN’s John Berman in May and said she is not an anti-Semite and her actions were “human” mistakes.

“It’s not who I am. it’s not what I believe and I apologized as sincerely, and with heartfelt conviction, as I possibly could,” Plame said. “And there will be people who will understand, ‘you know, she’s human she messed up she didn’t read the whole article.’ And I look forward to moving forward and contributing in other ways.”

She was confronted over the issue again by CNN’s Chris Cuomo on Monday, who asked her both about the article and her interest in the UNZ website.

“You have retweeted or shown interest in articles that are put out by a website that is basically a platform for extremist thought and anti-Semitism. What are you doing having anything to do with a site like that if you want to represent New Mexico as a Democrat?” Cuomo asked.

Plame again insisted she had misread the article.

“Because I didn’t read the article all the way through and I was simply focused on getting out of… the mistake I thought of getting out [of] the Iran nuclear deal, which I thought was a really bad idea, and that’s proven to be true,” Plame said.

Cuomo did not let up. “You’ve shown other interests in that website before. Why would you have anything do with a website that is operated or at least provided by a guy that’s a Holocaust denier?” he asked.

“Sometimes all sorts of things come across, as you know, in social media that you don’t read all the way through,” Plame said. “That’s why I’m not on Twitter anymore.”

Plame has sought counsel with a Santa Fe rabbi to try and resolve her issues with the New Mexican Jewish community.

Rabbi Neil Amswych told InsideSources he does not break the confidentiality of those who seek his advice.

“I do not discuss the issues when people come to me with advice on pastoral matters,” he said.

Meanwhile, Plame’s candidacy in New Mexico is making headlines in Israel. “No one in recent memory has run for Congress so prominently and claimed Jews cause America’s wars,” writes the Jerusalem Post’s Seth J. Frantzman. “Most people don’t make mistakes and tweet that America’s Jews control America and cause America’s wars, unless they hate Jews.”