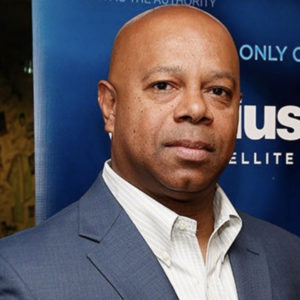 Playing the Assumption Game Has Consequences

Last week, we learned an invaluable lesson about assumptions.

The background: Areva Martin, an attorney and legal analyst for CNN, and David Webb, a staunch conservative commentator for Fox News Channel and Fox Nation, appeared on Webb’s Sirius XM radio show. The topic was qualifications, race and the hiring process.

At one point in the conversation, Webb tells Martin that he “never considered my color the issue,” and instead relied on his experience and professional growth. That’s when Martin, who also co-hosts the show “Face the Truth” on CBS, responded with this: “That’s a whole, another long conversation about white privilege, the things that you have the privilege of doing, that people of color don’t have the privilege of.”

Then, an obviously perplexed Webb asked, “How do I have the privilege of white privilege?”

Martin, who is black, answered: “David, by virtue of being a white male you have white privilege.”

Webb corrected her assertion by replying, “Areva, I hate to break it to you, but you should’ve been better prepped. I’m black.”

In just a matter of seconds, Martin created a gem of a talking point. She was caught … by making an assumption based on a national narrative that goes like this:

—If you say this, then you must be labeled as such-and-such.

—If you say that, then we must lock you in this box.

Liberals do it; conservatives do it, too.

Martin tried to wiggle her way out of the embarrassing faux pas by suggesting that she was “given wrong information” by her staff. Webb later explained during an appearance on FNC’s “Fox & Friends” show that Martin apologized for the color confusion while simultaneously throwing her team under the bus.

And he made another salient point in the process: “How do you give someone the wrong information about my skin color?” Plus, add the fact that Webb is a known, prominent member of the Fox News family.

Martin obviously was super-glued to the assumption that anyone who expressed Webb’s views undoubtedly must be a white male who rides to the penthouse level on the coattails of “white privilege.”

As Mary Moore, a white woman who is a consistent Republican voter and a real-estate agent from Delaware, insightfully observed, “People really do need to be careful making assumptions, especially where race is concerned. It just shows how judgmental of a species we are.”

Furthermore, ironically, the medium of radio proved to be the vehicle of transparency in this case. This Areva Martin-David Webb matter also shows that no race or ethnic group has the market cornered on stereotyping and generalizations in this Assumption Game.

Research, or the lack thereof, and labeling are at the core of these misidentifications.

We saw a stout example of that on Dec. 30 in the murder of Jazmine Barnes, a 7-year-old black girl who was shot and killed as her mother was driving out of a Walmart parking lot in Houston. Witnesses, who included Jazmine’s older sister, initially described the perpetrator as a white male in his 30s or 40s driving a red pickup truck. The immediate assumption was that little Jazmine was a victim of a racial hate crime.

Police sketches of a white male were disseminated in Houston communities, black marches for justice sprang up like Texas oil fields and money from black celebrities flowed in to induce people to find/name the white culprit, as the case suddenly took on a national scope. One of the reasons the hate-crime narrative fomented so quickly among local black residents is because there apparently were similarities between the Jazmine case and the shooting of a black man and black woman near the same area in 2017 in Houston’s Harris County. In that case, a suspect was described as a white male driving a silver or gray truck. A suspect who has yet to be apprehended, according to VOX Media.

That scenario provoked local black community activist Deric Muhammad to declare to the Houston Chronicle: “What are the odds that two black families were fired upon by a white male in a pickup truck within a one-year time span on the same block? We’ve got to call it what it is. Black people are being targeted in this country. Black people are being targeted in this county.”

However, as it turned out in the Jazmine case, black folk were being targeted by other black folk. This turned out to be a classic case of jumping to conclusions when two reputed black gang-bangers were arrested in connection with killing Jazmine, as more accurate tips surfaced. Police believe the Jazmine case was one of mistaken identity.

It appears the black gang members, apparently in search of rival gang-bangers, targeted the wrong car and the “infamous” white male simply was a guy who happened to be driving closely to the victim’s car.

Eric Black Jr., age 20, allegedly confessed to being the getaway driver; a second man, Larry Woodruffe, age 24, was identified as the alleged triggerman.

With all of this, therein lies a straightforward question, as asked by John N. Mitchell, according to a recent column written by him for The Philadelphia Tribune, a black-owned newspaper in that city:

“Ask yourself a brutally honest question, bereft of emotion, here: Would this type of galvanization that briefly coalesced the African-American community — from actors to athletes to activists to civil rights attorneys to random people gathering in a parking lot — have occurred if Eric Black had not been believed to be white?

“I have firsthand experience with this that leads me to believe the answer is a resounding, ‘Hell no.”’

And as black conservative commentator Armstrong Williams noted in his syndicated column “You’re Nobody Until Somebody (White) Kills You”: “In most gun homicides of black children, the assailant was also black. Where, one wonders, is the outrage over the nearly 500 black children killed by guns last year? How many of those names have even made it to the national media? Is each of their lives less important because a black person took them?”

Again, nothing mobilizes many black folk in the United States quite like when the enemy is assumed to be from “outside” of the community. As opposed to the enemy within.

Even if said “enemy” is based on assumption, real or imagined — just ask David Webb.

Besides, we all know the meaning of the first three letters of the word “a-s-s-u-m-e.”