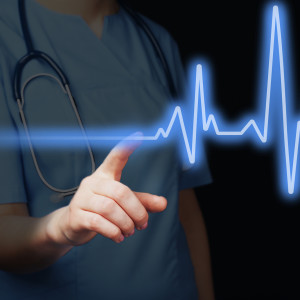 The process now underway in Congress to repeal and replace the Affordable Care Act (Obamacare) reminds me of what would happen if you tried to thread a small darning needle with a strand of bulky yarn: It won’t go through the eye. The more you try to pull the strand through the eye, the less useful the yarn coming through it will be.

Therefore, isn’t it time to reconsider the whole proposition as though there were no Obamacare, no House version of its replacement, and no preconceived objective beyond affordable care for all?

Its simple goal should be to free people from fear of medical catastrophe and enable physicians and hospitals to care for the sick without commercial pressure.

I’ve come to the belief that big, new ideas are needed from my own experience as an employer-provider. For more than 30 years, as a small Washington publisher, I provided health insurance for my staff of 25. It was a nightmare that got worse as medicine got more expensive.

Of many strange situations, none was worse than the employee who developed nasopharyngeal cancer, a rare type of head and neck cancer. The insurance paid for chemotherapy and radiation, but refused to pay for expensive painkillers. These had to be brought in from France by a family member.

Maybe the most discouraging was a printing-press operator who wanted the premiums given to him, as he refused to see the point of insurance, although he was married with three small children. “We don’t use insurance,” he declared. “When the kids are sick we go to the emergency room and tell them we have no money.” When pressed, he said they did this because they didn’t want the bother of filling out forms.

If you think, as I do, that the system we have is less than perfect, one is immediately thought to be a believer in British-type national health insurance. Not necessarily so.

As a former citizen, I know something about Britain’s National Health Service and I think it is better than what is happening in the United States. I’ve received treatment in Britain under the system and members of my family in England are devoted to it. There is good treatment for major procedures. However for lesser ailments, there are long waiting lists. Bureaucracy is everywhere.

Worse, can you imagine a health-care system dependent on the budget cycle in Congress?

In Switzerland there is a totally private system, which looks like improved Obamacare. Everyone is obliged to buy insurance, just as everyone has to pay taxes. There are no limits on troublesome things like preexisting conditions. The government regulates the insurers. In a referendum, the Swiss rejected a switch to a single-payer system by 60-40 percent.

There also are mixed systems in Germany and Holland. The commonality is that everyone is covered and the governments regulate. That way, insurance pools are large and have the correct mix of old and young — otherwise the old will overwhelm any system.

Unless we devise a structure that caters to all, we will continue with overburdened emergency rooms, preposterous hospital charges and doctors who will pick and choose their patients.

No one on a gurney being wheeled down a hospital corridor should be thinking, “How will I pay for this?”

The chances are that when Congress has finished trying to thread the unthreadable needle, there will be a groundswell on the left for single-payer — better, possibly, but not a fit in the United States.

Meanwhile, there are too many pre-existing conditions in congressional thinking. We need a new prescription, a bigger needle and a finer thread.