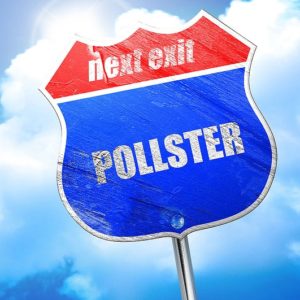 Point: A Humbling Time for Pollsters

Americans no longer have faith in most of their traditional institutions, from media to universities, and after the recent presidential election, it’s clear that the latest once-trusted profession to join the ash heap is polling.

The polling errors this cycle are actually being underplayed in many outlets, where the RealClearPolitics average, which included Republican-leaning polls, is being used as the official number. That’s despite some pollsters critiquing RCP for even including polls such as Trafalgar and Susquehanna — which, by the way, ended up being much closer to the outcome of the election than the big legacy polling operations — saying the average was no longer trustworthy.

The failures of the polling industry are obvious to anyone who was watching coverage of the presidential race throughout September and October, but some of the most baffling disasters are worth cataloguing. Quinnipiac was off by nine points in Florida. At one point, CNN/SSRS poll had President Trump down by 16 points overall.

Going into the election, ABC News/Washington Post poll alleged that Vice President Joe Biden was up by 17 points in Michigan, where the final margin is under 3 percentage points. These weren’t errors just outside the margin; polls predicted the biggest landslide since Ronald Reagan, and instead America got a down-to-the-wire nail biter.

As is the case with so many institutions, a lot of the errors can be chalked up to a political monoculture that quickly hardens biased assumptions into groupthink. Independent pollsters describe being afraid of professional mockery from the big names in the industry as part of what makes it hard to break from consensus. Just one day before the election, The Washington Post ran a sneering column by a Democratic pollster mocking the idea that the “shy Trump voter” might exist.

After a brief dalliance with self-reflection about how they missed the biggest political earthquake since the Cold War, the media launched right into two narratives — first Russian collusion, then that 63 million Americans were irredeemably racist— that conveniently absolved them of the need to understand why Trump won in 2016.

It allowed pollsters, who are steeped in the media world around them, to see 2016 as an anomaly, instead of recognizing that their profession depends on predicting the electorate, and having a little humbleness about their ability to do so in what is clearly an era of political realignment.

The GOP coalition that emerges from the 2020 election includes both more working class and more ethnically diverse voices. The Democratic coalition now includes the power of woke big business that had previously split their leverage between the parties or leaned Republican. These realigning voter groups will redraw the political map, putting new states in the tossup column and solidifying previous swing states for one party or the other.

The “shy Trump voter” effect is real, and compounded by the fact that pollsters have long since lost the trust of rural and working-class Americans. Pollsters will have to rebuild that rightfully lost trust if they’re going to save their industry.

If they are to remain at all useful to the discussion next election, pollsters have to realize that in this new era, they have a lot more to learn about the American people whose behavior they’re trying to predict.

And to do that, they’ll need more than a little dose of humility.

Inez Stepman is a senior policy analyst at Independent Women’s Forum. She wrote this for InsideSources.com.