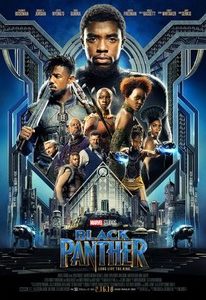 “Black Panther” is a great movie, but not stellar.

I appreciated the action scenes, the smart and strong female characters who keep their clothes on, the healthy interactions between men and women based on respect, and the main character who is not just a good guy but a good man. The fictional country of Wakanda paints a vision of Africa that is stunningly beautiful, economically vibrant and far more technologically advanced than even Western countries.

Yet, for all of the “Wakanda Forever” memes and Instagram photos that the movie has inspired, there were some troubling things. It’s preachy and exposes some uncomfortable tensions between blacks in Africa and America.

Black Americans — those whose ancestors were enslaved in the United States — harbor anti-African immigrant sentiments. They may love the bright prints of African clothing and the idea of African wealth, but there is some deep-seated resentment about immigrants from black countries that spilled out on the screen in “Black Panther.”

The antagonist of the film, Erik Stevens (later renamed Killmonger), is the son of two worlds: Wakanda and America. Though his father was from Wakanda, he grew up in South-Central Los Angeles during the 1990s, so we can assume that the poverty and violence of his environment shaped him.

Stevens’ goal of finding Wakanda was about more than finding his roots, but a chance to scold the people of Wakanda for abandoning him and blacks in America to slavery and injustice. He says, “Two billion people all over the world who look like us whose lives are much harder, and Wakanda has the tools to liberate them all. Where was Wakanda?”

The movie goes back to the point when T’Challa, the king of Wakanda and the Black Panther, confronts his father and the kings of his past in a vision for their isolationism from the rest of the world. We are also hit over the head with the message that Wakanda is for Wakandans, not outsiders like Killmonger.

Black immigrants from Africa and the Caribbean who migrated to America in the 1960s recount the racial slurs and harsh treatment they faced from native-born blacks. Before the 1988 movie “Coming to America,” Eddie Murphy’s joke about Africans “riding around butt naked on a zebra” informed the views of many blacks about Africans being primitive. Decades later, second-generation Nigerians still talk about black American kids calling them “African bootyscratchers” and making fun of their dark skin tones, their smells, or the proper English they spoke.

Black immigrants from the Caribbean didn’t escape either. We, too, were teased for how we spoke — even if it was British English. Television shows such as “In Living Color” in the 1990s painted us as judgmental, unsympathetic and obsessed with working multiple jobs simultaneously.

Sharing the same skin color did not lead to shared appreciation and friendships between the ethnic groups. Time has not healed those wounds.

Foreign-born blacks are more likely than U.S.-born blacks to hold a bachelor’s degree. They make up 41 percent of the black population of Ivy League schools.

Recently, black American students at Cornell demanded that the university start favoring them above black immigrants saying, “While these students have a right to flourish at Cornell, there is a lack of investment in black students whose families were affected directly by the African Holocaust in America.”

“Black Panther’s” message of a Pan-African unity against injustice is a nice sentiment. However, those preaching it should practice it.

It’s fashionable to wear African print skirts and natural hair styles to demonstrate a connection to Africa, but how black Americans view and treat black immigrants has been slow to change and a great movie may not be enough.