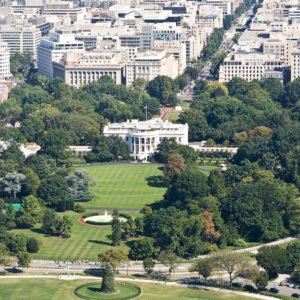 Point: Can You Trust the Government? Yes, With Greater Accountability

Posted to Politics May 07, 2016 by John Halpin and Daniella Gibbs Leger

Editor’s Note: For an alternative viewpoint, please see: Counterpoint: A Pretense of Knowledge Undermines Trust in the Government

The American public faces a dilemma. Voters want the government to do more to provide economic security and to help rebuild the nation, but they also don’t trust the people running the government to do what’s right. This creates a self-reinforcing cycle of government seemingly underperforming in voters’ eyes, and trust in government continuing to diminish.

This should concern all Americans. If these trends are not addressed, citizens may steadily lose faith that collective action of any sort can work. Public distrust may harden into immovable doubts about the responsiveness and legitimacy of democratic government itself.

Supporters of government should not despair, however. Americans continue to believe that government can and should play an important role in their lives. With proper measures of accountability, our institutions of government can reverse this cycle of cynicism and start rebuilding trust and confidence in its actions.

Skepticism of government has been a basic component of American democracy since the nation’s founding. Properly channeled, these values help protect individual rights and keep our leaders honest and focused on the priorities that matter most to voters.

But when trust in government collapses and splits into competing partisan groupings, it becomes increasingly difficult for government to carry out the demands of citizens and to implement policies capable of addressing national priorities.

Examining years of trend data on the subject, it’s clear that large percentages of Americans increasingly do not trust many major institutions, with the federal government receiving particularly low marks.

Emerging demographic and partisan differences in how Americans view government are also making it harder to achieve public consensus on reforms and public policy goals to improve the situation. Although trust is generally low across the board, African-American voters report the highest level of trust, while white voters report the lowest. Younger voters are more trusting of government than their older peers. Not surprisingly, Democrats and liberals express much higher levels of trust in government than do Republicans and conservatives.

The reasons for skepticism of government are straightforward. The public primarily perceives the government as a collection of self-interested politicians and elected officials who are at the bottom of the heap in terms of favorability. In voters’ minds, government equals politicians.

The public does not trust politicians because elected officials are perceived to be under the control of the wealthy, large corporations and special interests, and are therefore incapable of putting the public’s interest above their own. In a post-Citizens United world, where the public sees unlimited sums of money flooding into politics, it’s not hard to see why people believe this.

As a result, the public does not trust the government and many of the policies and programs it currently produces. Seeing little personal benefit from government itself and believing that the government has misplaced priorities and policies unduly tilted toward the top, many voters today feel left behind by a government that they desperately need to work in their interest.

Despite high levels of distrust, Americans are not reflexively anti-government. Research finds that voters want the government to be moreactive in solving economic and social problems, not less. Voters want the government to do more when it comes to making their everyday lives better, from creating jobs, improving wages, and making college more affordable to building more infrastructure, regulating banks, and ensuring that workers have paid sick days and paid family leave.

Voters also strongly support a number of policies to break the stranglehold of big donors over government and stop special interests from unduly shaping tax and spending policies to their benefit.

Of course, the problem with all of these good ideas is that voters do not have faith that government can execute them successfully given the skewed priorities of the people in charge. The self-reinforcing cycle again.

Ultimately, the issue of restoring trust in government will require multiple institutional improvements. How do we as a nation ensure that policymaking and legislation are developed openly with adequate citizen input? How do we resolve deep ideological and partisan disputes to produce policies that invest in people and the economy? How should we restructure government to reduce the influence of outside money and corporate interests in setting priorities and making policy decisions?

It’s not enough to just tell citizens that they should trust their government. Much more must be done to give people concrete reasons to put their faith back in government. Above all, this requires strong new measures of accountability and serious steps to address Americans’ need for real economic security.