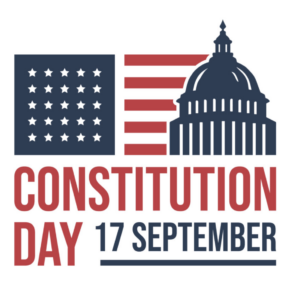 Editor’s Note: For another viewpoint, see COUNTERPOINT: Fix the Political System; Don’t Tamper With the Constitution.

Constitution Day honors our founding charter, as amended. It celebrates an enduring commitment to freedom and a democracy where all of us are supposed to have an equal voice in the decisions that affect our country, no matter our ZIP code, what we look like, or how much money we have in the bank.

But from its inception, the Constitution denied democracy — at times violently — to whole swaths of people: Indigenous people; enslaved people; Black people; women; the unhoused; immigrants; those who do not own property — the list goes on, as does the dishonorable legacy of excluding so many for so long.

Yet with vision matched by struggle, the Constitution’s dynamism — how we understand who and what it protects — has expanded. For more than two centuries, people have worked and even died for their constitutional rights. This includes heroes like Diane Nash, who led the Freedom Riders, and civil rights litigators like Justice Thurgood Marshall. New generations of leaders today continue to labor, including in the wake of deadly police violence against Black Americans, attacks on reproductive freedom, and a gutted Voting Rights Act. And it includes the late Congressman John Lewis, who was beaten by police as he marched for the freedom to vote, and who said in his final words that, “Democracy is not a state. It is an act.”

That act includes the freedom to vote. The Supreme Court said more than a century ago that voting rights are “preservative of all rights.” Last November, a record number of Americans exercised this freedom. Voters showed up in record numbers in spite of a deadly pandemic. It was the highest voter turnout in more than a century.

But then came the backlash. Incited by former President Donald Trump’s big lie about a stolen election, a racist mob ransacked the Capitol to disrupt the peaceful transfer of power, marching through its halls with zip ties, cudgels, bear spray. and Confederate flags. This threatened the Constitution and the election.

Afterward, 147 Republican members of Congress shamefully voted to reject the election results. Republican state legislators took the baton and quickly introduced new voting laws that make it harder to vote, especially for Black and Brown Americans. Eighteen states enacted 30 new laws to restrict our access to vote and more than 400 bills were introduced throughout the country, according to the Brennan Center for Justice.

These laws include reducing the time to vote-by-mail; making it easier to kick people off voter lists; cuts to the number of mail drop boxes; new barriers for voters with disabilities; cuts to early voting; even bans on giving water to voters waiting in hours-long lines.

Congress has the power to override these laws and set fair, national standards for all Americans to vote in federal elections. It says so right in the Constitution in the “elections clause” (Article I, Section 4 to be exact).

One proposal is the For the People Act. Pursuant to Congress’ constitutional power to set the time, place, and manner of our elections, it provides basic standards like 15 days of early voting; vote-by-mail for all who want it; restored voting rights for all with past felony convictions who are no longer incarcerated; and automatic voter registration to ensure voting lists are accurate. It creates a new way to finance campaigns so that our representatives rely on donations from their small donor constituents rather than wealthy special interests; it creates and upholds high ethical standards; and critically, the bill bans partisan gerrymandering. Too many Americans have been silenced by politicians who choose their voters rather than the other way around.

Of equal importance is the John Lewis Voting Rights Advancement Act. This bill will repair and strengthen the Voting Rights Act — gutted by Supreme Court decisions starting with Shelby County in 2013 through Brnovich in 2021 — to stop voting practices that discriminate against voters on account of race or language-minority status. The Voting Rights Act has always been supported, reauthorized, and amended on a bipartisan basis, and there is no excuse for that not to happen again this year.

These bills have already passed the House of Representatives and are pending in the Senate. They have the strong support of the American people (Republican, Democratic, and unaffiliated Americans). Senate Majority Leader Charles Schumer has committed to voting rights being a first order of business when Congress returns this month. The filibuster — which is not in the Constitution — must not block these bills.

Democracy is resilient, but all of us working together must do what it takes to make real its promise.