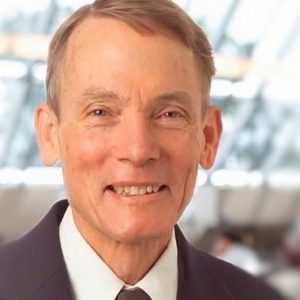 Point: Finally, There Will Be an Objective Federal Climate Commission

If media speculation is to be believed, President Trump will soon form a Presidential Commission on Climate Security (PCCS). A PCCS is long overdue, and award-winning physicist William Happer, Ph.D., the administration’s senior director of the National Security Council office for emerging technologies, is the perfect person to run it.

As the name implies, the United Nations’ Intergovernmental Panel on Climate Change (IPCC) is a political — not scientific — organization, and that’s been true from its inception. In fact, the panel was charged specifically with examining the “human causes” of climate change.

The climate is complex, with myriad factors — including the sun, ocean currents, volcanic activity and land-use alterations — contributing to changes in climate. Therefore, one can’t accurately understand the climate if one is directed to study only one aspect of it (humans’ involvement).

Since IPCC was formed in 1988, many scientists have advanced their careers and raked in big government research grants by towing the party line, which insists humans are causing dangerous climate change and only a government takeover of the economy — something like Rep. Alexandria Ocasio-Cortez’s (D-New York) “Green New Deal” — can fix it. Time and again, climate data have been manipulated and research questioning whether humans are causing dangerous climate change has been suppressed or ignored, all to make the facts conform to the theory.

Now, more than ever, we need a truly scientific debate regarding the causes and consequences of climate change, and the Happer-led Presidential Commission on Climate Security is the perfect opportunity for that to occur.

Happer has had a distinguished career in academia and in government service. He was the Cyrus Fogg Brackett professor of physics, emeritus, at Princeton University. He also served as the director of the Office of Energy Research at the U.S. Department of Energy and is currently a fellow of the American Association for the Advancement of Science and a member of the National Academy of Sciences.

The highly qualified scientists that will make up PCCS, absent political interference or pressure, will finally be able to examine and debate objectively the full panoply of climate change causes and its purported effects on national security, agriculture, sea level and extreme weather.

Happer has written extensively on two critical aspects of climate change science: the need for quality data and the potential benefits from increased carbon dioxide.

In 2015, Happer assembled a group of more than 300 experts to sign a letter delivered to the U.S. House Committee on Science, Space and Technology critiquing scientists at the National Oceanic and Atmospheric Administration for rushing into publishing research claiming there had been no extended hiatus in rising global temperature. This claim conflicted with every extant temperature database and the findings of many organizations worldwide, including the IPCC, that concluded there had been a lengthy hiatus in global warming.

An extraordinary claim like NOAA’s demanded extraordinary proof and careful vetting. However, the opposite occurred, because NOAA violated the 2001 Data Quality Act by failing to follow proper procedures that would have ensured their data were carefully catalogued and verified for accuracy. NOAA threw science aside for political reasons: to get their research published in time to influence the Paris Climate Agreement negotiations.

Since the announcement of the PCCS, the liberal media has been hyperventilating over Happer’s statements indicating that IPCC’s temperature estimates for a doubling of carbon dioxide emissions are too high and that the modest warming that might be created by additional carbon dioxide would be modest and largely beneficial. Indeed, Happer has argued agriculture will benefit from additional carbon dioxide, which is critical to photosynthesis. As carbon dioxide concentrations have increased, crop yields have set records, plants have become more tolerant to drought, and some desert regions are greening.

These claims have made climate alarmists apoplectic, even though thousands of experiments and the actions of greenhouse operators worldwide confirm Happer’s assertions on the agricultural benefits of higher carbon dioxide concentrations and a modest warming of Earth.

For climate alarmists — and the mainstream media, which has adopted their cause — Trump’s big sin is allowing PCCS to question the claim that climate science is settled. Happer’s big sins are that he defends the need for transparent, high-quality data and he points out a modestly warmer world will bring benefits as well as costs. All the panic, gnashing of teeth, wailing and name-calling concerning PCCS comes down to this.

To advance climate science and develop sound policy, an unbiased examination and debate of the facts about climate change are necessary. This is hardly an anti-science conspiracy, and Americans deserve the work PCCS will perform with Happer at the helm.