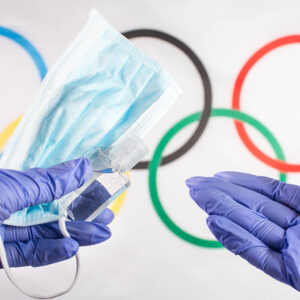 Editor’s Note: For another viewpoint, see Counterpoint: The Show Must Go On.

Every four years the Summer Olympics bring the world together. Through boycotts and terrorist attacks, the Olympics have persisted,  yielding only to World War I and World War II. Athletes, some of whom have spent most of their lives preparing for this moment, come together to represent their countries and test themselves against the best of every country.

Spectators from around the world also descend on the host country, spending millions of dollars while in attendance. The Olympic Games are of great global significance; but, during a global pandemic, bringing people together from across the globe could prove as problematic as beneficial.

COVID-19 has tested the world in ways previously unimaginable to many people. Arguably, an event that raises the world’s spirits is exactly what’s needed after months of lockdowns and more than 4 million lives lost. Although there was a strong case to be made for postponing or canceling the Tokyo Olympics, athletes and officials are going ahead with the Games.

Japan and the Olympic Games organizers have taken important steps to help make the Games less risky. In March, organizers announced spectators from international locations would not be allowed during the Games; and, on July 8, they announced no spectators would be allowed to attend most events. By limiting attendees to only staff, press, contractors, volunteers, and competitors, the organizers mitigated one of the riskiest aspects of the Games.

The logistics of testing, or even just temperature checking, every person who enters a venue would be almost insurmountable. Even requiring vaccination would be impractical, since Japan’s vaccination rate as of early July was only around 26 percent. Despite the lost revenue from ticket sales, Tokyo Olympic organizers did the right thing for public health by removing spectators from the equation.

Although vaccination will not be required to participate in the Games, organizers projected more than 80 percent of Olympic and Paralympic Village residents were vaccinated ahead of the Games. With the high efficacy of vaccines and a large proportion of participants being vaccinated, the risk of a super spreader event is greatly diminished.

The Olympic Games organizers also released a series of playbooks to help ensure the Games are as safe as possible. Mandatory masking, encouraging good hygiene measures, and social distancing, when possible, are some of the basic measures included in the playbooks. They also outline how frequently different participants must be tested for COVID-19 while in Japan. Athletes and anyone with regular interaction with the athletes must be tested daily.

Additionally, anyone arriving in Japan for the Olympics must show proof of two negative COVID-19 tests on two separate days within 96 hours of departure and at the airport at arrival. To facilitate contact tracing and limit movement, participants must submit an “Activity Plan” that details all planned and possible destinations for the first 14 days in Japan and download two smartphone apps that record daily health checks and notify participants of potential contact with someone who tested positive for COVID-19. Although cases can still slip through these precautions, these measures should catch most cases and minimize spread.

The reality is COVID-19 is not going to disappear. Even after large-scale surges stop occurring, there will be smaller outbreaks to contend with for many years to come. Because of this, we have to learn to live with COVID-19 as best as possible.

The so-called “Swiss Cheese Model” of pandemic defense is one way to accomplish this. The Swiss Cheese Model demonstrates how, although no one method perfectly prevents infections, when you combine multiple methods, there are fewer “holes” for the virus to slip through and cause new cases. The Olympic organizers are applying this model by using testing, masking, social distancing, vaccinations, and other tactics to add layers of protection during the events. The Olympic organizers have an opportunity to show how proper planning and leadership can mitigate risks when eliminating risk is impossible.

There will, inevitably, be cases and likely small outbreaks of COVID-19 during the Tokyo Olympic Games. It is simply unrealistic to expect anything else when bringing thousands of people together from around the world during a pandemic. Fortunately, the Olympic organizers are following the science and taking as many precautions as possible to make the event safe for Tokyo’s residents and Olympic participants.

Chelsea Boyd is a fellow in R Street Institute’s Harm Reduction policy area. Her research and writing focus on decreasing harmful health outcomes for people who engage in high-risk behavior, such as smoking and recreational drug use. She wrote this for InsideSources.com.