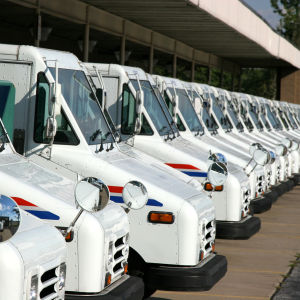 For an alternative viewpoint, see “Counterpoint: Repair of the Postal Service Is Within Reach.”

On March 8, the Senate passed the Postal Service Reform Act, joining the House of Representatives, which cleared the bill in February. And while there is a lot of talk about bipartisan cooperation in getting the measure passed and hype about what it means to the U.S. Postal Service, the bill has skirted the toughest and most important issues in postal reform.

The chief feature of the act is to wipe away $57 billion in defaulted debt that the Postal Service has failed to pay for its Retiree Health Benefits Fund since 2011. Unlike a state or local government, business or individual, the service faced no consequences for the default.

In hindsight the assessments, once widely agreed upon as part of the 2006 Postal Accountability and Enhancement Act, were far too high. But they were based on a basic principle: the Postal Service should set aside and invest some funds to meet large, looming retirement health care obligations. The service is now free of that requirement. Future postal retirees, however, will have to sign up for Medicare coverage to ensure retiree health benefits, and will incur higher costs.

By the way, despite the defaults, the USPS is not in danger of running out of cash any time soon. It had $24.2 billion in cash as of February 28, a staggering amount for an organization with $72 billion in annual revenues.

The service’s balance sheet and its quarterly financial performance will be marginally improved by the Postal Service Reform Act and the healthcare retirement benefits provisions. And act does have other beneficial features, including setting up a real-time dashboard so Americans can quickly identify mail delivery problems. It will also improve the budgetary process and slightly strengthen the service’s two key regulators — its Office of Inspector General and the Postal Regulatory Commission.

But these are not the reforms the American people need.

On October 1, 2021, the service implemented slower delivery standards for 40 percent of first-class mail. This follows another major service slowdown in 2014. As a result, it now takes longer for Americans to get the mail than in the 1970s. This bill does nothing to solve that. In fact, it takes the pressure off the service to improve as some of its debt is wiped out — or more accurately transferred to taxpayers — at no cost to the Postal Service.

The reform act also does nothing to spur the service to better understand its costs so it can cut them where appropriate and charge customers more accurately for the actual cost of the product or service being used. The service’s antiquated accounting and financial management systems and practices will stay in place.

Furthermore, this situation could get worse. Section 202 of the reform act requires the service to have an integrated delivery network. This is a solution in search of a problem as the Postal Service has had an integrated delivery network for decades and no one wants that to change. The aim of large retail special interests that have been pushing this provision is to eviscerate attempts to price mail products based on mail costs and package products based on package costs.

The reform act also punts on other basic issues. It does not define the mission, or Universal Service Obligation of the Postal Service. It fails to strengthen significantly the service’s regulators and it does not address other defaults the service has made on its pensions.

Furthermore, the process surrounding this bill in the Senate is disturbing. There were no committee hearings on the reform act, and the full Senate took up the measure along with a bevy of amendments at the height of the Ukraine crisis.

While the reform act is likely to be enacted, it is not true reform and there is still much harder work Congress needs to do to strengthen and overhaul the Postal Service.