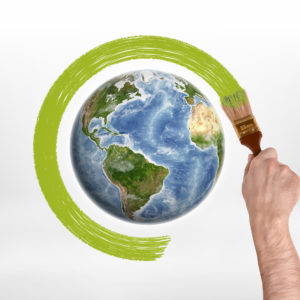 Point: Scott Pruitt Is the Right Person to Fix the Broken EPA

President-elect Donald Trump’s selection of Scott Pruitt as next administrator of the Environmental Protection Agency has created quite a stir. Detractors insist he’s nothing more than a con man working for powerful, greedy energy companies seeking to ruin children’s drinking water and destroy the planet, but a fair-minded examination of his record and the EPA’s recent reckless and harmful actions prove Pruitt is the perfect person for the job.

Pruitt is well-known for having led the charge against the EPA while serving as attorney general of Oklahoma. This has led many to question whether he should be allowed to run EPA when he has historically been very critical of the agency’s activities. But before any reasonable person can argue that, we must first consider whether the EPA is as out-of-control as many, including Pruitt, say it is.

Since its creation in 1970 by President Richard Nixon, the EPA has steadily assumed an increasingly larger role in the day-to-day lives of all Americans. EPA started out as an agency whose mission was simply to ensure federal lands and waters were being properly managed and interstate environmental conflicts could be dealt with appropriately. It has evolved into a regulatory behemoth that now employs more than 15,000 people and has an $8.13 billion annual budget.

One might imagine EPA workers spend their days cleaning polluted rivers and working with private industry to ensure the environment is cared for, but most EPA employees spend their time supporting the agency’s incredibly complex and massive regulatory system. Since 2009, EPA has published more than 3,900 rules that consume 33,000 pages in the Federal Register and cost $50 billion more than the regulatory scheme did under George W. Bush. EPA now employs more than 1,000 lawyers to enforce and write it regulations, costing more than $1.1 billion just since 2007.

EPA has also, quite disturbingly, spent more than $700 million since 2006 on its “enviro-crime” Criminal Enforcement Program, which employs 200 special agents and has spent millions on paramilitary equipment, including night-vision technology and “guns over 30MM up to 75MM,” according to a report by watchdog organization Open the Books.

Many of the agency’s countless programs violate individuals’ privacy rights or engage in outright lunacy. For instance, in 2015, the EPA issued a government grant to the University of Tulsa to help EPA develop wireless technology to measure and record how long hotel guests are spending in the shower. On its “Water Sense Kinds” website, EPA instructs children to avoid taking baths and to limit their shower times to less than five minutes. It also tells kids not to use garden hoses and to test toilets for leaks.

EPA has also proved itself to be completely incompetent and poorly managed. In 2015, an EPA team using heavy machinery to enter the Gold King Mine in Colorado inadvertently spilled 1 million gallons of waste water into the Animas River, causing millions of dollars in damages.

Perhaps most disconcerting for a state attorney general such as Pruitt, EPA has worked tirelessly to impose costly environmental regulations on states, completely disregarding their absolute 10th Amendment right to set and manage their own environmental standards.

EPA’s Clean Power Plan (CPP), for instance, forces states to restructure their energy industries and mandates that each state meet specific fossil-fuel emissions reduction targets, which The Heritage Foundation says will cost 500,000 in lost jobs and $100 billion annually in lost GDP and cause annual energy costs for households to rise by an average of more than $1,000.

The Supreme Court, in reaction to lawsuits brought by 28 states, including by Pruitt on behalf of Oklahoma, stayed implementation of the CPP in February, and once the court is at full strength it could strike the rule completely.

Some argue Pruitt is unfit to serve as EPA administrator because he received funding from the fossil-fuel industry, but this is nothing more than partisan politics. During the 2016 election, Hillary Clinton’s campaign and super PACs received millions in donations from oil, gas and coal companies.

In its current state, EPA is a complete disaster and in desperate need of significant reform. That is exactly what Pruitt has pledged to do. This doesn’t mean EPA has no valid role in protecting the nation’s environment. Pruitt has argued it does, and under his leadership, EPA will continue to carry out its important functions that help protect the quality of our land, water and air — without all the absurdities and dangerous overreach.