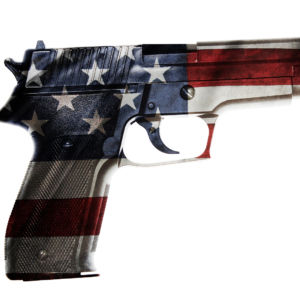 Point: Second Amendment Sanctuaries Reflect the Will of People Who Value the Constitution

As leftist politicians continue to threaten the constitutional rights of law-abiding Americans, citizens are standing up for themselves.

Dozens of counties in California, Colorado, Illinois, Rhode Island, Texas and elsewhere have voted to become “Second Amendment Sanctuaries,” declaring that sheriffs in those counties will not enforce gun-control legislation that violates the Constitution.

In New Mexico, 29 of the state’s 33 county sheriffs signed a resolution earlier this year opposing sweeping gun-control bills proposed in the state legislature. Most recently, Virginia made headlines as more than 40 counties joined the Second Amendment Sanctuary movement that is sweeping the nation.

A February NPR article noted that “professional discretion is a constant feature of policing,” as law enforcement officers do not have the time nor the resources to enforce every single law every time one is broken. It is customary for police to decide which laws are a priority and whether pursuing lawbreakers to the full extent of the law is worthwhile. In the case of extreme gun laws, sheriffs have expressed several concerns: the laws are ineffective and unenforceable, they put police officers at increased risk, and they infringe on the Second Amendment rights enshrined by the Constitution.

“(Senate Bill 8, a background check bill) … does nothing to protect citizens and is unenforceable,” the New Mexico Sheriffs Association wrote in a letter earlier this year. “We also oppose House Bill 83 (a red flag gun-confiscation law), as it violates due process and puts law enforcement in a more dangerous situation and does nothing to protect citizens. This bill could disarm the very people trying to defend their lives and personal property.”

There is concern that the sanctuaries undermine the will of the people (though such concern was notably not expressed when counties declared themselves sanctuaries for illegal immigrants); however, sheriffs are elected officials. Sheriff Bob Songer of Klickitat County, who has vowed not to enforce Washington state’s Initiative 1639 — a package of gun-control laws — told NPR, “As an elected sheriff and a constitutional sheriff, I believe it violates the Second Amendment of the U.S. Constitution, and, more specifically, violates the Washington state Constitution.”

In an interview with Reuters, Songer expressed the attitude prevailing among Second Amendment sanctuary sheriffs: “Unfortunately for the governor and the attorney general, they’re not my boss,” Songer said. “My only boss is the people that elected me to office.”

These sanctuary resolutions are the last resort for voters in rural areas whose lifestyles and views are not represented by urban voters and lawmakers. As Reuters reports, the sanctuary movement “is exposing the rift between rural and urban America as much as the one between the Republican and Democratic parties, as small, conservative counties push back against statewide edicts passed by big-city politicians.”

Zach Fort, president of the New Mexico Sport Shooting Association, told Gunpowder Magazine (of which, full disclosure, I am the editor), “There’s a lot of pessimism shared by those who want to protect their gun rights right now. A lot of people think they’re being railroaded and not being listened to.”

New Mexico Sheriffs Association President Tony Mace expressed a similar frustration, “When this legislation is drafted every session, we are not invited to the table,” he told Gunpowder Magazine. “Our voices are falling on deaf ears. They’re not giving our point of view any attention at all. … If they’re not going to listen to us, then we are going to use their tactics against them. I, like the other sheriffs, was elected to protect our citizens’ constitutional rights. And that’s exactly what we plan to do.”