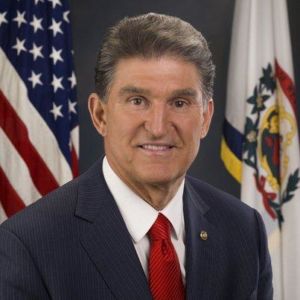 What more do the Democrats want from Joe Manchin?

The West Virginia senator has voted in favor of President Biden’s policies more than 90 percent of the time. Among 52 key votes that help define a presidency, Manchin cast the decisive vote six times on important issues ranging from protecting voting rights to providing $1.9 trillion in COVID-19 relief. A fiscal conservative, he cast the critical vote to increase the federal debt limit and to approve a $3.5 trillion budget plan.

So crucial was his role that influential news outlets dubbed the package he hammered out with Senate Majority Leader Chuck Schumer “the Manchin deal.”

All this from a senator who represents a poor Appalachian state still dependent on coal mining, one who voted overwhelmingly for Donald Trump in the last two presidential elections.

Remarkably, in a sign of the follow-the-leader politics that now dominate both parties, Manchin’s 90.4 percent pro-Biden voting record on major issues places him dead last in presidential loyalty among all 50 Democratic senators.

Despite supporting Biden most of the time, it’s Manchin’s contrary stances that grab headlines and spark anger from more progressive Democratic lawmakers.

Most significantly, Manchin made it clear he would singlehandedly kill the centerpiece of Biden’s legislative agenda, the Build Back Better Act, after the House passed it in November. Manchin said he opposed the package because of its effect on inflation and its overall $2.2 trillion price tag.

So strong was Manchin’s opposition, it led Biden and Schumer to rename the bill, which upon its July 27 Senate introduction was called the Inflation Reduction Act. Most significantly for Manchin, its $443 billion price tag is one-fifth that of the House measure.

Months before the trimmed-back package was released, Manchin faced fury from some progressive lawmakers for blocking Biden’s much bigger BBB plan, as Schumer and other Washington insiders call it. Rep. Cori Bush, a Missouri Democrat, branded Manchin’s opposition “anti-Black, anti-child, anti-woman and anti-immigrant” because the package included funding for those groups.

During Donald Trump’s four years in office, Manchin voted against Trump’s positions half the time on his most important issues. Here, too, he was dead last among Democratic senators — the lowest percentage of key votes opposing the Republican president.

Some pro-Trump votes were popular bipartisan measures such as pandemic aid, economic stimulus in response to coronavirus shutdowns, and efforts to ease the opioid crisis.

But on other, more controversial issues, Manchin joined Republicans in passing legislation that narrowly overcame Democratic opposition. Reflecting his coal constituency, he helped block tougher restrictions on greenhouse gas emissions from power plants. He helped defeat an aid bill for migrants crossing the U.S.-Mexico border and helped pass a measure providing $5.7 billion for a border wall. He voted for William Barr and Jeff Sessions to become attorney general. He backed Republicans in a close-but-failed bid to end federal funding of abortions. He cast the only Democratic vote to put Brett Kavanaugh on the Supreme Court.

At a different age at a different time, Democratic leaders who parted paths with their party compatriots were hailed as visionaries.

President Lyndon Johnson overcame fierce resistance from fellow Southern Democrats to push through the historic Civil Rights Act in 1964 and, a year later, the landmark Voting Rights Act, making some concessions to gain needed support from a few.

“I am a compromiser and maneuverer,” Johnson said. “I try to get something. That’s the way our system works.”

With his New Democrats movement, President Bill Clinton led his party back to the center while gaining two terms in the White House. Among his more moderate policies, Clinton backed work requirements for welfare recipients, supported a tough anti-crime bill, and pushed for a balanced budget.

“The era of big government is over,” he famously said in 1996, halfway through his tenure.

So far, Manchin has resisted outreach from Senate Republican Leader Mitch McConnell to ditch the Democrats and switch parties, following the path of Democrat-turned-Republican luminaries such as Ronald Reagan, Strom Thurmond and Jesse Helms.

That prospect would give Republicans control of the Senate and increase Manchin’s clout. So, too, does the fear that a Trump acolyte could defeat him in two years.

Facing re-election in 2024, when Biden is vowing he’ll be back on the ballot and Trump is more than hinting at another run, Manchin will seek a third full Senate term.

Voters will decide then whether the man who was dead last in opposing Trump and dead last in supporting Biden has been a sellout or a statesman.