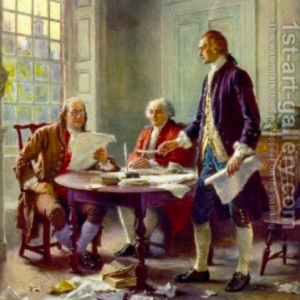 Point: Term Limits Would Make the Court More Recognizable to Our Founders

Maybe no one is above the law, but unfortunately, in our democracy of more than 330 million people, the vagaries of a few individuals’ mortality determines the law.

Following the passing of 87-year-old liberal Justice Ruth Bader Ginsburg late last month — and with Republican control of the Senate and presidency — it is expected that the court, and the law, will lurch Right. Had conservative Justice Antonin Scalia passed away in 2014, when Democrats controlled the Senate, and not 2016, the court and the law would have swung Left.

This very likely is not what our Founders intended when writing the framework of our judiciary into existence in 1787. Their primary goal was to foster independence, not longevity.

The aim was most certainly not to turn over constitutional disputes to the actuarial tables.

Luckily, more Americans are beginning to reconsider lifetime appointments to the Supreme Court. As they do, it’s worth noting that the Constitution’s text only implies life tenure on the high court — never actually using the word “life” nor referencing any length of service in particular. Article III, Section 1 reads:

“The judicial Power of the United States shall be vested in one supreme Court, and in such inferior Courts as the Congress may from time to time ordain and establish. The Judges, both of the supreme and inferior Courts, shall hold their Offices during good Behaviour, and shall, at stated Times, receive for their Services, a Compensation, which shall not be diminished during their Continuance in Office.”

Today justices routinely serve for three-plus decades, with many choosing to remain on the bench up until or even through their twilight years. At the age of 48, it is easily conceivable that President Trump’s latest nominee, Amy Coney Barrett, could serve on the high court for closer to 40 years.

This development might have been a surprise to the Founders, considering the first 10 justices served fewer than eight years on average.

Shorter service was not just a product unique to the Founders’ time. Russell Wheeler of the Brookings Institution examined Supreme Court tenure length and found that up until 60 years ago, appointments yielded 10-15 years of service on average before jumping to more than 20 years between 1959-1975 and to more than 25 years between 1981-94. Today it’s up to 28 years per justice.

Many attribute increased life expectancies to these newly elongated terms, but 18th-century expectancy statistics were skewed by higher mortality rates in youth. (In other words, if you came from a wealthy family and lived past age 5, you’d often live into your 70s, as did many of the Founders.)

According to Stuart Taylor, writing for The Atlantic in 2005, earlier justices served shorter terms “in part because of the rigors of the ‘riding circuit’ that covered hundreds of miles on horseback.” Justices from the founding era until 1911 were required to hear cases across the burgeoning nation without the advent of modern transportation.

What’s more, three of the first 10 justices left the court to take other positions — something unimaginable today and underscoring how the position of “Supreme Court justice” has evolved.

Over time, the court has gone from being a relatively weak body that only occasionally met due to other responsibilities, which handled a limited caseload and rarely overturned law, to the most powerful, least accountable part of our government — a super-legislature comprising nine cloistered legal titans who at the time of appointment are poised to write and rewrite national jurisprudence indefinitely.

Somewhat counterintuitively, then, term limits would be a way to bring us back closer to the Founding Fathers’ original intent for the role of justice — by limiting the influence that any one individual has on the laws of an expansive nation.

There is no going back to 18th- or 19th-century America. But we would do well to consider the evidence that the Founders never intended for the norm to be that each justice wield any conception of “judicial Power” for tenures spanning more than a quarter century.

Tyler Cooper is senior researcher of Fix the Court, a national nonpartisan organization that advocates for greater transparency and accountability in the federal judiciary. He wrote this for InsideSources.com.