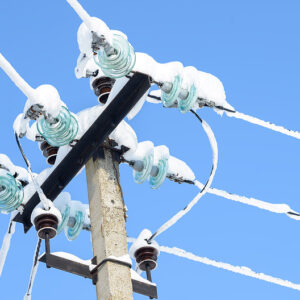 Point: Texas Blizzard Is a Preview of Biden’s Blackout Agenda

The huge blizzard that knocked out electricity for several days for 10 million Texans in mid-February is a scary preview of what life would be like on a regular basis if President Biden’s blackout agenda is implemented. The storm revealed that Texas’ power grid has become unreliable because of federal and state policies pursued in a small way that the Biden administration wants to pursue in a huge way.

The blame game for the blackouts has already started, and there is plenty of blame to go around: Power plants aren’t winterized. The state’s grid isn’t connected to surrounding grids. Natural gas lines to power plants froze. But the main culprit is over-reliance on unreliable wind and solar power and not enough reliable capacity from conventional coal, natural gas and nuclear plants.

Of the total electricity produced in 2020 in Texas, 23 percent came from wind turbines, 2 percent from solar panels, and 75 percent from conventional plants. When the storm hit on Feb. 15 and temperatures plummeted, electrical demand surged because 60 percent of Texans use electricity for heating.

Where were wind and solar — a combined one-quarter of the state’s electrical power source — when the need for power surged? Close to zero. Half the wind turbines were frozen, and the other half were producing very little power because winds had died down. Solar panels were covered with snow. The blackout demonstrated that relying so much on renewable sources that fail is a problem.

Nonetheless, Biden has decreed a goal for the nation of eliminating carbon-dioxide emissions produced by burning coal, oil, and natural gas from the electrical sector by 2035. In 14 years, all the coal and natural gas plants must be replaced by wind and solar. Nuclear isn’t an option because opposition from environmental pressure groups means that it takes more than a decade to build one new plant. The other solution being peddled is battery storage. The amount of battery storage required to provide sufficient backup power to unreliable sources would cost tens of trillions of dollars, so that’s not viable, either.

But Biden’s 2035 target is only halfway to climate nirvana. By 2050 the entire economy must be powered by sources that don’t produce carbon dioxide. That will require an all-electric vehicle fleet and replacing natural gas and heating oil for heating buildings with electricity. The electricity required to charge all those car batteries and heat all those homes will necessitate twice as much renewable power as would be needed to power today’s grid.

Biden’s goals are neither achievable nor even desirable. However, even moving part-way toward them will raise energy costs through the roof while leading to regular blackouts. As several global warming alarmists acknowledged in the 1990s, people will just have to get used to using electricity when it is available (as people have always done in India and other poor countries).

Instead of continuing down this disastrous path, we should learn from how Texas got to be in the mess it is in. The key steps were taken in the 1990s. The current federal subsidy for wind power was passed by Congress and signed into law by President George H.W. Bush in 1992. The federal solar power subsidy was signed into law by President George W. Bush in 2006. Both subsidies have been extended several times. In 1999, the Texas legislature and Gov. George W. Bush sought to take advantage of federal taxpayer handouts by setting mandates for the use of renewable energy.

Since then, these market-distorting subsidies have led to the construction of 10,000 wind turbines on the sparsely populated plains of north and west Texas, making the state the nation’s leading wind producer. Having all these windmills may seem harmless, but federal subsidies have allowed wind producers to under-bid conventional fuels in the state’s competitive power market. So many coal plants have been forced to close that coal’s share of total electricity production declined from 36 percent in 2000 to 18 percent last year. The flip side of massive over-investment in wind has been massive under-investment in conventional power plants.

The most important step to restoring a reliable grid is removing the main market distortion — eliminating all subsidies for renewable power. This should lead to more investment in conventional power plants.

But Biden wants to do just the opposite. His plan begins by pumping up subsidies for renewables and banning construction of new gas and coal power plants. If you want to see the consequences of Biden’s blackout agenda, look at the misery created in Texas by these policies: millions of people struggling to stay warm when the power went out. The total death toll could be shockingly high. Cold weather kills 10 to 20 times more people than hot weather. Government policies that constrain access to reliable energy make severe, cold weather conditions even more lethal and destructive.