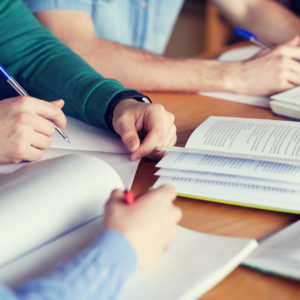 With his selection for education secretary, President-elect Donald Trump made his plans for public education crystal clear — defund, devalue and privatize our school system.

Betsy DeVos, Trump’s nominee to head the Department of Education, has devoted her life to plundering the very public schools she could be tasked with supporting. At a time when graduation rates are at all-time highs, dropout rates are at historic lows, and test scores across the country are improving, this new direction could not only stop progress but also reverse it.

Just this past summer, Americans cited lack of financial support as the top problem facing the nation’s public schools, according to the annual PDK education poll. This longstanding fact will likely remain if DeVos and Trump — two billionaires — follow through to take even more resources out of the system by cutting the Department of Education to “shreds” and privatize much of what is left.

Trump’s education agenda, which is directly in line with DeVos’ philosophy and which she would be tasked with carrying out, envisions a federal voucher-style program by “reprioritizing” $20 billion, or 54 percent, of the current annual federal K-12 education budget. This means that funding currently allocated to public schools could be taken away and instead be used for private school tuition.

This may sound like a reasonable option for parents interested in sending their children to private schools, but in reality the plan would do little to help many families with the cost. The plan would stick parents and states with close to 85 percent of the average annual price tag to send these students to private schools.

This voucher-style program would also decimate funding streams from the federal government that for decades have provided targeted resources to benefit students in public schools, especially those from poorer families. One of the largest of these programs — Title I — serves more than 24 million low-income students in the classroom, including roughly two-thirds of all black students and Hispanic students.

To pay for the voucher-style program, other vital programs may be on the Trump administration’s chopping block. Programs that would likely be cut include those that support special education for nearly 7 million students, help provide meals to more than 30 million poor kids, and support rural school districts, Native American students and homeless students.

Unfortunately, these cuts would be made to support a policy that study after study show is simply not working. Earlier this year, the Brookings Institution, a public policy think tank, found that students participating in state voucher programs are performing worse on assessments than similar students who remained in public schools. A proposal similar to Trump’s was even too extreme for a Republican-controlled House and Senate: a similar concept was defeated during the 2015 reauthorization of the Elementary and Secondary Education Act, the nation’s main law governing K-12 education.

Through her family’s fortune and conservative political connections, Betsy DeVos has targeted public education and pushed a right-wing school choice agenda for decades. This includes sending taxpayer dollars to fund private and religious schools through voucher programs and fighting against effective charter school policies in favor of a charter sector with little public oversight and accountability.

Her efforts were largely focused in her home state of Michigan, where 80 percent of state charter schools are run by for-profit entities with little transparency around how those schools spend public money, and charter and traditional schools are wasting scarce resources competing for students. This dynamic has hit Detroit especially hard: conditions in many schools have reached a point where mold, mildew and freezing classrooms led to a revolt among teachers and parents earlier this year.

The Trump-DeVos brand of “school choice” stands in stark contrast to the broad bipartisan support for policies and federal programs that support public schools, from charters to traditional area schools. Most understand that there is a role for choice in improving our public education system. But public charter schools and magnets need to be held to the same high standards around transparency and accountability to which traditional district schools are held. That approach couldn’t be more different than the one Betsy DeVos has taken.

With so much at stake and progress being made, it is up to all of us to resist a Trump-DeVos privatization scheme that would forever take even more resources away from one of the pillars of our democracy: public education.

Catherine Brown is the Vice President of Education Policy at the Center for American Progress.