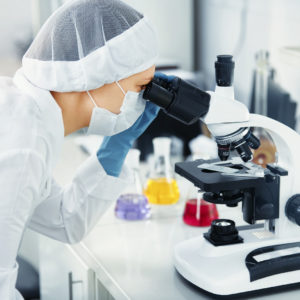 Editor’s Note: For an alternative viewpoint, please see: Counterpoint: Science Under Threat in the Trump Era

According to many news outlets, President Donald Trump has “declared a war on science.” Yet judging from at least one recent decision, the opposite is true. The Trump administration is trying to prevent policies based on junk science.

A key example is the Trump administration’s denial of an activist petition to ban agricultural uses of the pesticide chlorpyrifos, which farmers have safely used for decades. This decision makes sense when you consider the history.

Residential uses of chlorpyrifos, such as for bug spray, were phased out starting in the year 2000, but not because it was proven dangerous. Rather, chemical company Dow Agrosciences voluntarily phased out home uses because Environmental Protection Agency regulations proved too expensive and onerous, making the product unprofitable.

In 2007, the Pesticide Action Network (PANNA) and the Natural Resources Defense Council (NRDC) petitioned the EPA to ban agricultural uses of this chemical. EPA began a safety review in 2009, which is required every 15 years, and indicated it would answer the petition as part of that review. But since such reviews take many years, activists sued for a quicker decision, and a court ordered EPA to make a final decision by March 2017.

At first, EPA appeared to be moving toward approval. But the agency suddenly shifted course in 2016, deciding to base its risk assessment on a single epidemiological study produced by Columbia University’s Center for Children’s Environmental Health (CCCEH).

EPA’s reliance on this study proved problematic and unwarranted for multiple reasons, including an activist agenda among the researchers involved, weak findings and a seriously flawed study design.

Although it’s housed at a university, CCCEH’s website reveals that the organization is not simply interested in unbiased scientific research. The website explains that the group’s goal involves “generating new findings” that can be used to remove chemicals from the marketplace. CCCEH brags about how its research had advanced regulation at various levels of government. And it also lists “partner organizations” on its website that include both PANNA and NRDC — the groups petitioning for the ban. To top it off, CCCEH is also funded in part by EPA, which then uses the research to push the agency’s own regulatory agenda.

Perhaps CCCEH’s activist slant would not be much of a concern if the study had a compelling finding, but instead it only reported a statistical association (a relationship between two or more variables). In the study, researchers measured women’s exposures to chlorpyrifos during pregnancy and then tested their babies for developmental delays. Children born to women with relatively higher chlorpyrifos exposures scored lower than those born to mothers with the lower exposures.

At first blush, this might sound compelling, but statistical associations do not prove cause-and-effect relationships and sometimes happen by chance or because of researcher bias. Such results should be replicated before drawing conclusions, yet similar studies found no such associations.

But perhaps much more problematic are serious flaws in the study design. EPA’s Science Advisory Panel (SAP) proved highly critical of the CCCEH study at a meeting in March 2016. The meeting report called EPA reliance on a single study “premature and possibly inappropriate.”

In addition, panel members criticized the study design and methodologies, voicing concerns that a “large fraction” of the data was basically fabricated because exposure was too low to measure. At least one SAP member questioned the biological plausibility of health effects given the fact that human exposures are so minute, in the “low parts per trillion.”

The CCCEH failed to make its data available and did not follow government research standards known as “good laboratory practices,” which are designed to promote transparency and reproducibility that is necessary to validate scientific research. Nonetheless, EPA released a revised risk assessment in November 2016 that relied on the CCCEH research.

EPA Administrator Scott Pruitt rejected the petition on March 29, rightly repudiating the use of junk science to push unwarranted and counterproductive regulations. Not only was the EPA relying on junk science, the ban would undermine agricultural productivity and make food more expensive.

Farmers need chlorpyrifos to fight numerous crop-destroying insects that attack a wide range of fruits and vegetables including oranges, corn, nuts, grapes, sugar beets, alfalfa, wheat, soybeans and more. Few adequate alternatives exist to chlorpyrifos for many crops, so a ban would reduce yields and increase prices for nutritious fruits and vegetables, discouraging consumption of these healthy foods.

Pruitt’s action sets an important pro-science precedent for the agency moving forward, which it is hoped will continue.