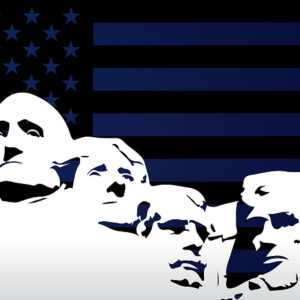 Presidents Day inevitably raises the question of what characteristics we want to see in our presidents. This leads us to our consensus greatest presidents, namely George Washington and Abraham Lincoln. Both were known for their honesty: Washington had the famous “I cannot tell a lie” story with the cherry tree, and Lincoln carried the nickname “Honest Abe.”

So the simple answer to the question seems to be honesty. But it’s not quite so simple when it comes to leaders of a modern, global power who are imbued with enormous responsibility. A cynic might point out that honesty did not even define these greatest of presidents: The Washington cherry tree story is almost certainly a myth, and Honest Abe was less than honest when it came to his secret negotiations with Confederate leaders to end the Civil War.

Nonetheless, honesty matters quite a bit.

Presidential history reveals circumstances in which a president might be induced to lie. The first is regarding national security. A president is under no obligation to reveal classified information about troop movements, military capabilities, or strategic intentions. The media are often in the wrong expecting presidents or senior leaders to do so.

In the first Gulf War, for example, journalists asked such intrusive questions that “Saturday Night Live” had a skit showing reporters asking ridiculous things such as, “Which method of hiding SCUD missiles is working best for the Iraqis?” and “Where would you say our forces are most vulnerable to attack, and how could the Iraqis best exploit those weaknesses?” Colin Powell later recounted in his memoirs that he knew the Bush administration was winning the PR fight when he saw that skit.

But just because a president is not obligated to reveal national security does not mean that it is OK to outright lie when asked a direct question. In 1960, for example, Dwight Eisenhower lied when he denied that an American U-2 spy plane had been flying over the Soviet Union. The Soviets then revealed they had captured the downed pilot, Francis Gary Powers. Here was a case where an evasion— or even heaven forbid, the truth — would have served the country and Eisenhower better.

A second temptation to lie is in the case of a personal misdeed. Examples include Richard Nixon and Bill Clinton. Nixon did more than just lie; he initiated a coverup that brought down his presidency. The truth would have not only been the right thing to do, but it likely would have let him remain in office.

Clinton lied under oath about his inappropriate relationship with a White House intern. It was clearly wrong, yet he may have learned the wrong lesson from it all. According to John Harris’ book “The Survivor,” Clinton told one confidant that, “The lie saved me,” meaning the focus on the question of perjury may have distracted the American people from focusing on the affair until they eventually got used to the idea. Regardless, Clinton was impeached and lost credibility for himself and the office.

Third, and most challenging, is the so-called “noble lie,” a mistruth intended to get the American people to behave in a certain way. We have learned in the pandemic the perils of the noble lie. When government officials put out something that they believe that the people need to hear, it often does not work — especially in an age of nearly unlimited information — and it has the deleterious effect of eroding faith in our institutions.

Of course, some presidents may lie because it’s in their nature. They just can’t help it. Robert Kennedy once said of his mortal enemy, Lyndon Johnson, “He just lies continually about everything. He lies even when he doesn’t have to lie.”

Habitual liars, however, are the exceptions. Most presidents want to be seen as truthful individuals, but face circumstances where they feel the need to justify the lie. But even in those circumstances, history shows that it usually does not work out well for them, or for us. Perhaps this is why Washington and Lincoln, with their flawed but intact reputations for honesty, remain at the top of our presidential pantheon.

Sometimes the simplest answer is the best one: Honesty is the best policy, for presidents and the rest of us.

Tevi Troy is a visiting fellow at the Mercatus Center at George Mason University and the author of four books on the presidency, including, most recently, “Fight House: Rivalries in the White House from Truman to Trump.” He wrote this for InsideSources.com.

Counterpoint: Appeasing Iran Would be a Mistake Read More

Democrats’ Most Crucial Challenge, Not Just in 2022 but in… Read More

Defining Justice Down — Our Courts Are in Crisis Read More

By Robert Pawlicki on May 23, 2022
Democrats are not just dealing with intellectual or policy differences with Donald Trump’s supporters. They…
Read More
[IS] Opinions

By Sarah Chamberlain on May 22, 2022
Americans are exhausted. It’s the pandemic, but it’s also rising prices, the Ukraine crisis, mass…
Read More