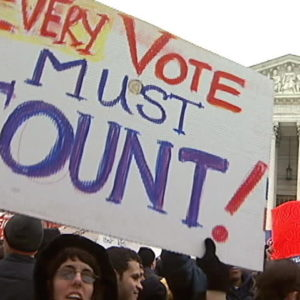 EDITOR’S NOTE: For an alternative view, see Counterpoint: Russia Thanks You for Opposing Voter ID.

It’s another election year, which means that voter ID laws are back in the news.

Already, Kentucky Republican legislators introduced a new bill requiring voters to present a limited form of ID when they show up to the polls before casting a ballot. If passed, the voter ID law, which is supported by Republican Secretary of State Michael Adams, would be in place for November’s general elections.

A similar push is being made by Republican legislators in Nebraska, while implementation of North Carolina’s new voter ID law was recently blocked by a federal judge for being discriminatory. North Carolina’s new law was meant to replace a previous iteration struck down in 2016 for targeting African-Americans “with almost surgical precision.”

Today, more than 30 states have adopted some type of voter ID law. Of those, 10 states have strict requirements pertaining to the forms of identification that qualify or extra steps voters without IDs must take to prove their identity.

That voter ID laws keep materializing is practically maddening given all we know about them, namely that such requirements are discriminatory and virtually pointless.

Besides disproportionately harming historically underrepresented groups, voter IDs are redundant and have repeatedly proven unnecessary. For instance, voters are already required to attest to their identity and eligibility when they vote. Moreover, death by lightning strike is more common than occurrences of in-person voter impersonation, the only kind of fraud voter IDs purport to prevent.

Studies demonstrating the negative effects of voter ID laws are well–documented, widely reported, and have been repeated ad nauseum. Any conservative lawmaker claiming ignorance is either incompetent or lying. Or, perhaps, there’s something much bigger and more nefarious at play.

I’ve written elsewhere that conservative lawmakers who introduce and promote voter ID laws know these laws are harmful and violate the fundamental right to vote. But why would they keep introducing a policy they know is bad to address a problem that is virtually nonexistent?

Despite claims by voter ID proponents, the goal of these laws is not to protect the integrity of our elections, but rather to tip elections in their favor. By making it harder for certain groups to vote, conservative lawmakers who promote voter IDs can insulate themselves from accountability and maintain political control. It is not a coincidence that groups disproportionately affected by voter ID laws passed by conservatives generally favor progressive-leaning candidates.

Although not unique to conservatives, gerrymandering is another preferred ploy, as is opposing common-sense campaign finance limits. And when their attempts to keep people from voting fail, Republican legislators resort to blatant power grabs like those witnessed in Michigan and Wisconsin in the aftermath of the 2018 elections.

Conservatives have long relied upon voter suppression and anti-democratic strongarm tactics to preserve their own power. This is why it was so richly ironic when Sen. Mitch McConnell, R-Kentucky, who has personally pushed for voter ID requirements at the federal level, penned a January 2019 op-ed condemning H.R.1, the For the People Act, as a “naked attempt to change the rules of American politics to benefit one party.”

In fact, the act, which passed with the support of every House Democrat but (tellingly) no Republicans, would actually remove barriers to voting by undoing or neutralizing many troublesome policies — such as voter ID laws — conservatives have advanced as part of their real, decades-long power grab.

In coming weeks and months, voters will cast ballots in consequential primary and general elections that will determine who controls the levers of political power. Uncoincidentally, during this same time, proposals for new voter ID requirements will surely increase in frequency.

Although such proposals will be couched in fearmongering over baseless claims of voter fraud and other fabricated excuses dreamt up by conservatives, Americans will not be fooled. Rather than being based upon good, sound policy decisions, voter IDs’ true purpose and utility is to help conservatives win elections — nothing more, nothing less.

Danielle Root is the associate director of Voting Rights and Access to Justice at the Center for American Progress. She wrote this for InsideSources.com.