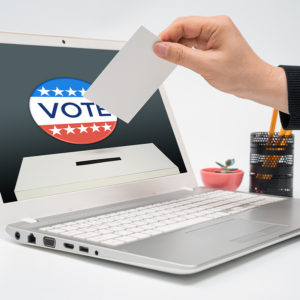 Point: Why We Must Preserve Our Freedom to Vote With HR1

Editor’s Note: For another viewpoint, see Counterpoint: For the People Act Is Too Broad.

Although we’ve made significant progress over the last two centuries to expand the freedom to vote, self-interested politicians in numerous states are trying to turn back the clock to a dark period in our history and create significant barriers to voting for certain Americans, especially Black and Brown voters.

Using the former president’s big lie about a stolen election as a pretext for voter suppression — the same big lie that led to a violent insurrection at our Capitol to overturn a free and fair election — many Republican state legislatures are trying to reverse progress. At least 14 states have already passed nearly two dozen restrictive voting bills this year, and many others are trying to do so.

As we approach the anniversary of the Supreme Court’s 5-4 decision in Shelby County v. Holder, which gave a green light to state voter suppression efforts, national standards are needed now more than ever to ensure that all Americans can have the freedom to vote. The For the People Act, which passed the House of Representatives in March and which the Senate is scheduled to vote on in June, is just the remedy we need. It would set uniform guidelines so that all Americans, regardless of their age, race, or ZIP code, can have the freedom to vote.

The For the People Act is a transformative bill that would give voters more choices in how they cast their ballot. It would ensure at least two weeks of early voting, create same-day and automatic voter registration, and stop nearly all of the state voter suppression efforts currently being considered. The For the People Act also contains bold reforms to stop gerrymandering, get big money out of politics, and hold public officials to high ethical standards.

The For the People Act continues to be popular with Republican, independent, and Democratic voters. In fact, many components of the bill have already passed in red, blue, and purple states, often with strong bipartisan support. Recent polling shows that it is popular with conservative voters, even in purple and red states like Arizona and West Virginia. Because this bill is wildly popular, corporate special interests and dark money voter-suppression groups lie, deceive and distort to try to erode its support. Opponents of the bill admitted in a recently recorded secret call that the bill is popular, even among conservatives.

However, despite that the For the People Act has strong bipartisan support among Republican voters, Minority Leader Mitch McConnell and Senate Republicans want to keep a stranglehold on the status quo and have vowed to filibuster the bill. In Democratic Sen. Raphael Warnock’s maiden Senate floor speech, he noted, “It is a contradiction to say we must protect minority rights in the Senate while refusing to protect minority rights in our society.”

Following the attack on our democracy on January 6, Senate Republicans recently filibustered legislation to create an independent, bipartisan commission, which McConnell urged Republicans to oppose “as a personal favor,” it’s become abundantly clear that McConnell will continue to hijack the filibuster to block truth, justice, and progress. The filibuster was frequently used to block progress on civil rights and voting rights legislation. We cannot let the filibuster stand in the way of progress yet again, and the Senate must do anything it can to pass the For the People Act.

This isn’t just a policy disagreement. This is bigger than protecting our freedom to vote, getting big money out of politics, and stopping gerrymandering. This fight is fundamental to our democracy. If we let states take away our freedom to vote by targeting largely Black and Brown voters, what would prevent states from restricting the right to vote for other groups of people?

As the parent of four boys, this fight is personal to me. This fight is about ensuring that our children, grandchildren, and future generations can live in a democracy that respects the rule of law and the will of voters, instead of trying to rig the rules, and about the type of government we leave for our children and grandchildren. Do we want them to live in a country in which one party continues to ignore the rule of law and lead us toward authoritarianism? Or do we want to strive for a democracy that encourages everyone to vote? I’ll choose democracy each time, and that’s why we need the For the People Act immediately before it’s too late. Our children and our democracy depend on it.