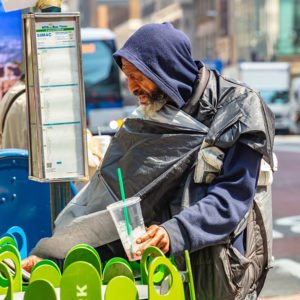 Editor’s Note: For another viewpoint, see Counterpoint: Key Oil and Gas Pipelines Are on Their Last Legs — That’s Good News

The cost of electricity is having significant, negative effects on the working class and poor. And recent court and regulatory decisions are likely to make the situation much worse.

According to the U.S. Energy Information Administration, 21 percent of Americans reduce spending on basic necessities — like food, rent and/or medicine — at least one month every year in order to pay their electricity bills.

This comes to 25 million households, including 7 million that must make this rough decision every month. Most have incomes of under $60,000 annually.

In fact, the situation is getting worse. The EIA’s study was from 2018, when the economy was much stronger than it is today. With many people staying at home due the pandemic, experts project that residential energy costs will be up by as much as 25 percent this summer.

It should not be this way, especially in light of America’s energy boom. Over the past five years, the price of natural gas, which now accounts for nearly 40 percent of America’s electricity generation, has fallen by 33 percent. Yet residential electricity prices are up 5 percent during the same time.

Renewable energy activists have used legal challenges to pipeline expansions to cut off natural gas to states and regions. This raises electricity costs in places that rely on natural gas but are far away from where it is produced. For example, residential electricity is 66 percent more expensive in New England than the rest of America.

On July 5, Duke Energy and Dominion Energy announced they are abandoning plans to construct an $8 billion 600-mile natural gas pipeline from West Virginia to North Carolina. This follows an earlier court ruling against the Keystone XL pipeline that could affect dozens of other pipelines.

“The well-funded, obstructionist environmental lobby has successfully killed the Atlantic Coast Pipeline, which would have lowered energy costs for consumers in North Carolina and Virginia by providing them with an affordable, abundant and reliable natural gas supply from the Appalachian region. This project also would have injected millions into the communities surrounding the pipeline in Pennsylvania, Ohio and West Virginia and created thousands of jobs.”

Meanwhile, the United States is having an export boom of liquefied natural gas, providing a clean, reliable power source to many countries. It is especially beneficial that such shipments are going to Puerto Rico and our neighbors in the Caribbean, where much electricity is generated from oil-based and other highly polluting sources.

Whether used overseas or domestically, natural gas plays a critical role as a baseload power source. It generates electricity 24/7 making it among the most reliable of power sources. The other two primary baseload sources — coal and nuclear — are shrinking.

Natural gas produces half the greenhouse gases of coal and its expanded use has led to a significant reductions in U.S. carbon emissions.

As wind and solar power are intermittent, having baseload natural gas is even more important. Unreliable electricity leads to power outages and higher costs like spoiled foods, lost work and accidents.

America, and especially our poor, are facing tough economic times. The expanded use of natural gas will benefit our economy and our environment. Perhaps most important, it will help those who are least fortunate.