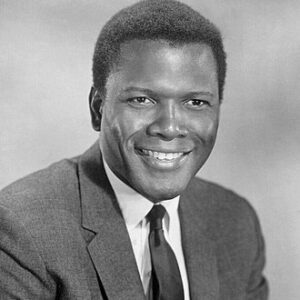 Milestones etched indelibly in slices of Americana, as well as globally. Take the 1967 movie, “Guess Who’s Coming to Dinner.”

It gave new meaning to the word, “SURPRISE.” And a new household expression was invented, as life imitated art.

In the movie, Joanna Drayton, a 23-year-old White woman, returns from her Hawaiian vacation to her parent’s home in San Francisco with Dr. John Prentice, a 37-year-old Black widower. Let the story begin—in the movie and in real life.

Katharine Houghton, who played Drayton’s character, in an email exchange with me several years ago offered this nugget regarding the movie’s appeal. “My friends who traveled to China told me the film was very popular there because it was difficult in China to marry someone from another place or clan. Couples felt encouraged by the film to marry the person they loved, even though their culture disapproved.”

Houghton, who is Katherine Hepburn’s niece in real life (Hepburn played Drayton’s mother and garnered an Oscar for “Best Actress”), turns 77 this March.

Poitier died at age 94 late Thursday at his home in Los Angeles after a storied career of perseverance, resilience, social change —  and milestones.

On March 24, 2002, Denzel Washington became the second Black male performer to win an Academy Award for “Best Actor in a Leading Role,” for the movie “Training Day.” In 1964, Poitier was the first, winning an Oscar for “Lilies of the Field.”

The same night, Poitier received an honorary Academy Award “for his extraordinary performances and unique presence on the screen and for representing the industry with dignity, style, and intelligence.”

But life wasn’t always peaches-and-cream for Poitier in the popularity category, including from some black folk. Must every big-time movie feature Sidney Poitier, some Black folk asked.

Remember, those were the 1960s and early 1970s. For various reasons, there weren’t too many Black guys around for the leading roles.

Sidney laid the foundation, so the younger cats could walk through the door.

That’s Poitier, the man who came to dinner; the man who worked diligently to shed his conspicuous Bahamian accent by receiving after-work reading tutorials from an older Jewish waiter when Poitier was a dishwasher at a Manhattan restaurant; the man who made the marquee of the hit movie “The Defiant Ones” in 1958 because fellow co-star Tony Curtis demanded it of Hollywood.

In 1963, Poitier, along with fellow actors Charlton Heston, Harry Belafonte, and Marlon Brando, director-producer Joseph L. Mankiewicz, and author James Baldwin, attended the iconic March on Washington. After listening to Dr. Martin Luther King, Jr.’s “I Have a Dream” speech, the six of them appeared on a network television talk show for a civil rights roundtable discussion.

Poitier said on the show, “I became interested in the civil rights struggle out of a necessity to survive. . . . I found having lived in New York and in other parts of America over the last 20 years since I came from the Caribbean, I found it necessary for self-protection and to perpetuate my survival, that I involve myself in any activity that would ease my burden momentarily.”

On a closing note, Houghton recalled, “Mr. Poitier was very patient and kind to me. He knew I was terrified to be acting with all those pros. He was the biggest star in the film and graciously took it upon himself to ease a difficult situation. He was willing to rehearse with me and to talk to me about his life in an easy, friendly fashion when we were waiting for the shots to be set up.”

There’s an old saying: We wish heaven had visiting hours so we could talk with the ones we miss, such as Sidney Poitier.