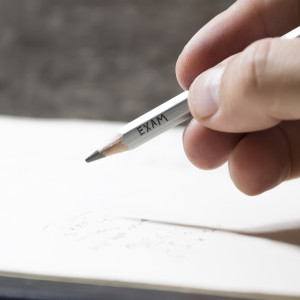 Politicians have a poor track record of honesty about education proficiency levels in math and reading. But as states adopt higher education standards and implement testing to match, parents, students, and teachers are beginning to receive a more accurate look at how their schools are performing.

Just eight months ago, a study showed over half the states have a 30-point or more differential between their own reported proficiency rates and the National Assessment for Educational Progress (NAEP), which is commonly considered the gold standard of assessments by groups ranging from the liberal American Federation of Teachers to the conservative Heritage Foundation.

That study, conducted by the education reform group Achieve, predicted states that implement modernized standards and aligned tests would begin to close this “honesty gap.”

In an updated study based on new NAEP scores and state assessments, that hypothesis appears to have been prescient as most states that have raised standards are now more in line with NAEP scores, while some states that have not continue to show honesty gaps of 35 percent or greater.

According to the study, the honesty gap has significantly narrowed in nearly half the states since August 2015. All of the “Top Truth Tellers” in the 2015 study have adopted either Common Core or comparable standards.

The trend toward closing the honesty gap will likely be an important part of the debate over Common Core. As states implement higher standards and testing to match, policymakers have been warning parents, students, and teachers that they should expect to see test scores decline to reflect a more accurate proficiency level. Politicians have often been responsible for lowering proficiency standards in order to show an inaccurate level of achievement.

“Parents are starting to demand better information,” Karen Nussle of the Collaborative for Student Success explained to InsideSources. “And the more they demand better information the more these gaps that we’ve seen in the past are going to become part of the public story about how a state is doing. That puts pressure on policymakers to be more transparent and to make sure that people understand what’s really going on.”

“You can’t move the proficiency number until you get honest,” says Nussle.

Boyd added that much of the change in the honesty gap is a result of states implementing higher academic standards, and in doing that, they adopted testing to match. The hard work that went into implementing higher standards is lost if the states don’t set proficiency at a level consistent with their aspirations.

To learn more about how your state is challenging the honesty gap, use the map here.