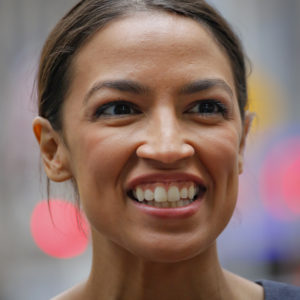 Poll: Most Americans Believe Democrats Are “Outside The Mainstream”

A new WSJ/NBC News poll finds that concerns about the Democratic Party moving too far left in response to the Trump presidency are well-founded.

As the Washington Free Beacon reports:

In New Hampshire, high-profile Democratic candidates have embraced issues like abortion-on-demand, #AbolishICE and “Medicare For All” that until recently would have been viewed as outside even the liberal wing of Democratic politics. Today, they’re part of Democratic primary campaigns for the 2018 midterms.

Moderates in the party are beginning to push back. Last week at a “Third Wave” event for centrist Democrats, possible 2020 presidential candidate Rep. Tim Ryan (D-OH) told the crowd “You’re not going to make me hate somebody just because they’re rich. I want to be rich!”

“Democrats won’t win in 2020 by calling him a ‘traitor’ and doubling down on identity politics,” he says.

The WSJ/NBC News poll showed President Trump’s approval edging up, and a narrowing of the Democrats’ “generic-ballot” advantage.  The perception of the Democrats as the more extreme party is also a major turnaround from two years ago, when their party was viewed as more “mainstream,” while 59 percent viewed the GOP as out of step.

Political analyst Larry Sabato says Democrats have a “soft lead” headed into November, at a time when history would suggest we should expect a blue wave. If the party continues its progressive push to the Left, that lead may get softer still.