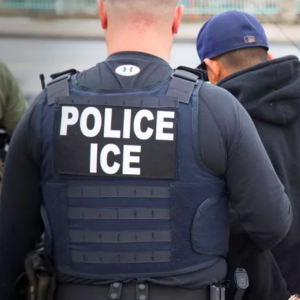 One candidate calls them the “modern-day Gestapo.” Another says they’re running “concentration camps” for children.

Progressive Democrats running to replace Rep. Carol Shea-Porter in New Hampshire’s First Congressional District don’t like the Department of Immigration and Customs Enforcement and they aren’t hiding their disdain. In addition to wanting the abolish the entire department, several of the Democrats in the race compared these American workers and their actions to the worst of Nazi Germany.

“The actions by the Trump administration on immigration and detention are nothing more than racism played out in policy,” congressional candidate and state representative Mindi Messmer told NHJournal.  “It harkens to dark periods in our history like the Japanese internment Camps and the Holocaust. ICE is a gestapo-like arm of the racist policy and should be abolished.” 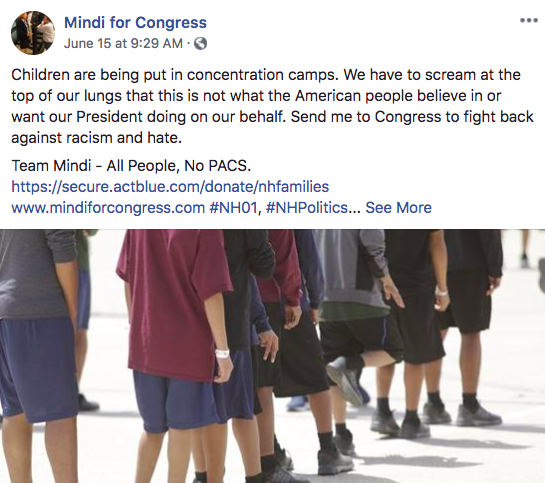 “There are many ways in which ICE resembles Germany in the 1930s,” former Strafford County Attorney Lincoln Soldati told NHJournal.  When asked if he was calling the agents of ICE “jackboots,” Soldati replied: “I’m not saying that necessarily about the [US Customs and] Border Patrol. ICE is a special unit. They need to look at themselves and what they’re actually doing and how they’re carrying out their duties. The fact is they, they are not operating within the same constitutional constraints that law enforcement in the country typically is required to.”

“So, I never used the word ‘jackboot,’” Soldati said.  “Maybe the modern day Gestapo, how about that?”

Soldati is one of a growing number of Democratic candidates across the country who’s joined the “Abolish ICE” movement. He believes the entire department should be shut down:

“You have to remember ICE was created as part of… an overreaction to the events of 9/11. I mean, a lot of it is psychologically understandable, going off and invading Afghanistan, etc. All because of the emotional baggage left after 9/11,” Soldati said.

Not all the candidates in the First Congressional District agree that ICE should be eliminated.  Maura Sullivan a former Assistant Secretary of Veterans Affairs and senior Pentagon official in the Obama Administration told NHJournal via email:

“There are legitimate purposes for ICE but President Trump has misdirected ICE to tear families apart, which is inconsistent with our nation’s values. I believe Congress needs more oversight of ICE to prevent future misuse of its resources.” Sullivan has also called on Department of Homeland Security Secretary Kirstjen Nielsen to resign.

“Our moral compass is being tested by the President’s inhumane, immoral policies,” Chris Pappas tweeted. “Silence is complicity as our govt tears children from parents who seek asylum and a better future.” However, his campaign declined to comment on the Abolish ICE issue.

“We need some mechanism to remove people who are here illegally,” Deaglan McEachern told NHJournal. “If we abolish ICE, it would be INS. Someone would have to do it.”  McEachern stressed that he opposes the Trump administration’s prioritization of enforcing immigration law, and he wanted to see the US make it far easier for more immigrants to come to the US “and get a path to citizenship.”

But clearly the passion is with the Abolish ICE activists who are gaining support across the country.  Actress-turned-politician Cynthia Nixon has been vocal in her demand that ICE be shut down, calling it a “terrorist organization,” while in Massachusetts progressive candidate Ayanna Pressley has embraced the movement in her race to unseat longtime Democratic incumbent Michael Capuano.   “ICE’s role in supporting the existing system – including separating families seeking refuge in the United States and conducting indiscriminate deportation raids in our communities – is creating an atmosphere of toxic fear and mistrust in immigrant communities,” Pressley said.

Is attacking ICE employees as Gestapo agents overseeing concentration camps a winning political strategy in a purple state like New Hampshire?  In the primary, perhaps. But with a new CBS/YouGov poll showing Americans overwhelmingly support deporting illegal immigrant families stopped at the border (48 percent) as opposed to releasing them into the US to await a hearing (21 percent).  In other words, as much as Americans may hate how the Trump administration is executing the policy, it’s the policy they support.­

UPDATE: Naomi Andrews, former Shea-Porter Chief of Staff, had declined to join the #AbolishICE movement. In a statement to NHJournal she says:

“While there needs to be big changes at ICE, it should not be abolished, because it is responsible for combatting child pornography; money laundering; terrorism; sex trafficking; and other important investigative functions. However, ICE is in desperate need of intense oversight. Republican leadership in Congress has abdicated their constitutional duty of oversight, but there needs to be accountability when rules and laws are broken. Also, Secretary Nielson should resign if she cannot successfully reunite children and their families quickly and safely.”