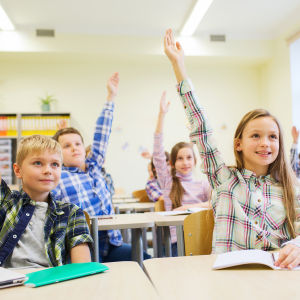 An emerging form of school choice, known as education savings accounts or ESAs, garnered the support of 62 percent of Americans in a new national poll released Tuesday by the Friedman Foundation for Educational Choice and Braun Research, Inc.

ESAs allow students to “receive a portion or all of their education dollars in an account that can be used for expenses including classroom materials, tutoring, special education therapy, and even private school tuition,” according to a Friedman Foundation news release. This approach has recently been adopted in Nevada, Arizona, Florida, Mississippi and Tennessee.

The new polling about ESAs came as part of Friedman’s 2015 Schooling in America Survey, which was unveiled Tuesday afternoon at the American Enterprise Institute in Washington.

Paul DiPerna, Friedman’s research director, told an audience there that the survey showed large margins of support for various school choice policies, including 61 percent support for vouchers and 53 percent support for charter schools. The constituencies that were most likely to back these initiatives were school parents, low-income earners, young adults, and Republicans.

DiPerna noted that the survey had some other results he found surprising. For example, he said, “Suburbanites actually were significantly more supportive than urbanites when it came to school vouchers,” despite the fact that vouchers often aim to aid troubled school districts in inner cities.

During a panel discussion following DiPerna’s remarks, other school choice advocates seized on a different result: about 40 percent of Americans would prefer their child attend a private school. (At the moment, only about 10 percent of students actually do.)

“Even those in the public sector want options,” said Gerard Robinson, a resident fellow at AEI who previously served as Florida’s commissioner of education and Virginia’s secretary of education.

But Brookings Institution senior fellow Matthew Chingos argued that this presents “something of a political conundrum,” because despite the popularity of school choice policies, they often are controversial when states try to enact them.

“Rebranding different things clearly can help,” he said. “Vouchers have a troubled history in a lot of ways, but if you can take what’s basically a voucher program and rebrand it as an education savings account or as a tax credit scholarship program, you can get the same thing but in a much more politically-palatable way.”

Center for Education Reform president Kara Kerwin suggested that support for school choice policies might be higher if families had more information about them.

“A lot of families don’t even know they’re in a charter school,” she said.

Other key results from the Friedman Foundation survey include the fact that 50 percent of Americans support the controversial Common Core State Standards. Opposition to these standards currently stands at 40 percent, including 46 percent of school parents.

As part of Friendman’s survey, “1,002 telephone interviews were completed from April 22 to May 12, 2015, by means of both landline and cell phone. A randomly selected and statistically representative national sample of American adults responded to more than 25 substantive items in live phone interviews. [Each call was roughly 17 minutes long.] … The margin of sampling error for the national sample is ± 3.1 percentage points.”