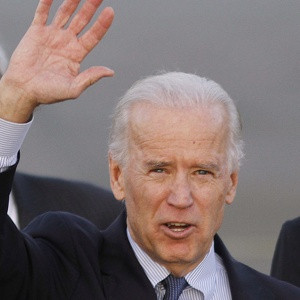 In other words, New Hampshire Democrats support Sanders policies but are voting for Biden’s politics. Why?

“It’s a trade off,” David Paleologos, director of the Suffolk University Political Research Center, tells InsideSources. “Democrats are so focused on getting Trump out of the White House that nothing else matters. Not the Green New Deal, not taxing the wealthy–nothing is as important to them as beating Donald Trump.”

And it’s not just New Hampshire. The new Quinnipiac poll shows a similar attitude among Democrats nationwide. Biden’s the top choice of potential Democratic primary voters with 38 percent support, followed by Sen. Elizabeth Warren at 12 percent and Sanders at 11 percent. And 56 percent of those voters tell Quinnipiac they believe Biden is the one candidate in the Democrats’ crowded field who has the best chance to beat Trump. Nobody else is even close.

Democrats have been telling pollsters for months that their top priority is defeating the incumbent president, and Democrats clearly believe that Joe Biden’s the best candidate for the job. So the nomination’s a lock for Biden, right?

As Kim Strassel of the Wall Street Journal points out, “the electability strategy looks really good when you’re leading in the polls, but if [Biden] shows any weakness in any of the early states or loses any ground, that puts a big knock in his whole argument that he’s inevitable because he’s the only guy who can beat Trump.”

Paleologos sees the same potential downside. “If you take away the perception of Biden’s electability and he stops being perceived as the guy who consistently beats Trump, what are you left with? An ex-Vice President whose politics don’t align with the Democratic base,” Paleologos said.

And while Biden is in the lead, his numbers are hardly overwhelming. For example, in the Suffolk poll the top vote-getter was actually “Undecided” at 28 percent, with Biden at 20 percent. And for a guy with 100 percent name ID and who spent eight years as his party’s vice president, 20 percent isn’t exactly overperforming.

Seeing Sen. Sanders, who dominated the New Hampshire primary in 2016 with 60 percent of the vote,  down at 12 percent is probably a more significant number. And if the purpose of a poll to project the candidates’ future performance, might be of more interest:

Suffolk asked, “Thinking about the 2020 election, would you be satisfied with a presidential candidate who thinks the United States should be more socialist.”  Only 30 percent of New Hampshire respondents said “yes,” while 61 percent said “no.”  But among Democrats, “more socialism” won by a 30-point margin, 57-27 percent.

Suffolk then asked, “Do you consider yourself more of a socialist or capitalist?” Again, New Hampshire voters as a whole rejected socialism (21 percent socialists, 59 percent capitalists), while a plurality of Granite State Democrats (44 percent) call themselves socialists.  By comparison, just 20 percent of unaffiliated voters–and a minuscule four percent of Republicans–felt the same.

These numbers echo results from the NHJournal poll in early April that found 63 percent of New Hampshire Democrats supported America becoming a more socialist country, while fewer than 20 percent of non-Democrats agreed.

Which raises the question: Are the same Democrats who consider themselves socialists, support America embracing socialism and want to see progressive/socialist public policies in place really going to make a union-hall, old-school, Rust-Belt moderate their nominee?

Some analysts say “yes,” and they point to polling data showing that the Democrats’ top priority is beating President Trump and, for the moment, Democrats believe Joe Biden is the best candidate for that job.  But polls also show Democrats believe that just about anybody would beat Trump. (Except maybe Elizabeth Warren.)

“For better or worse, the view of the progressive wing is that anyone can beat Trump,” Strassel said. “What they want from their candidates is, in addition to beating Trump, somebody who’s going to radically change the outlook and direction of the Democratic Party in a much more progressive way.”

Will progressive Democrats find the discipline to pass over a field of exciting, left-leaning candidates who embrace their principles and instead back “Middle-Class Joe?” If they do, it will be a testament to their loathing of Donald Trump rather than their love for Joe Biden.