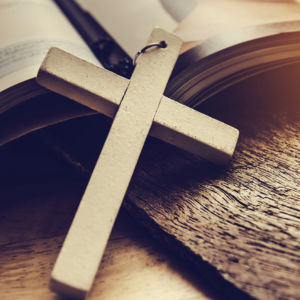 Post-Christian America — Neither Hell Nor Heaven

Merry Christmas! In the spirit of the season, let’s discuss … the coming of post-Christian America.

Revere or despise the development, there’s no doubting the fading fortunes of the religion that’s dominated our land for four centuries. An October study by the Pew Research Center found that the part of Americans who consider themselves Christians dropped by 12 percentage points over the past decade.

Citing polls by the General Social Survey, Pew’s report targets the 1990s as the inflection point. In the early part of the decade, 87 percent of Americans “identified as Christians.” By the early 2000s, the share had dropped to 80 percent. Today, it’s 65 percent. And the cohort uninterested in church is rather, er, catholic: “Religious ‘nones’ have grown across multiple demographic groups: white people, black people and Hispanics; men and women; in all regions of the country; and among college graduates and those with lower levels of educational attainment.”

Christianity’s prospects don’t look to improve anytime soon. New polling by the American Enterprise Institute finds “significant differences in the religious upbringing of Americans across generations.” Twenty-two percent of young adults “were not raised in any particular religion, compared to only 3 percent of seniors.”

Married adults between the ages of 18 and 34 “are increasingly opting for secular venues and ceremonies,” with 36 percent reporting that “their ceremony was officiated by a religious figure and held in a religious location.” For those over 65 years old, the share is 60 percent. While almost two-thirds “of seniors say they believe in God without ever having doubts,” just 30 percent of young adults are so confident.

Humanists and leftists — there’s a lot of overlap there — celebrate the survey data, often snarkily, as portents of an America finally freed from a patriarchal fable about an ancient Jewish zombie. To defenders of the faith, the darkness is arriving, soon. Gunnar Gundersen, of the James Wilson Institute on Natural Rights and the American Founding, warns of dire consequences “if our neighbors decide that Christianity is something unworthy of love.” Pundit David French thunders that “a post-Christian America is a more vicious America.” After all, “When the fruits of the Spirit — love, joy, peace, forbearance, kindness, goodness, faithfulness, gentleness and self-control — wither, then the culture is far more coarse.”

Which camp’s vision of the future is more plausible? Exploring developed nations where Christianity is dead, or pretty close to it, is revealing. No list would be perfect, but arguably, Sweden, the Czech Republic, the United Kingdom, Belgium, Australia, Norway, Denmark, Estonia, and Germany have strayed the furthest from the faith. What’s it like to live in such countries?

Not too bad, if the statistics published by the Organisation for Economic Co-operation and Development are reliable. Each of the nine apostate nations enjoys a murder rate substantially lower than America’s. Results for the “percentage of women who have experienced physical and/or sexual violence from an intimate partner” are similarly positive. The share of the American population that feels “safe walking alone at night” is 74 percent. The average for the nine is 75 percent. Suicide is much more of a scourge in our country. (Only Belgium’s rate is higher than that of the United States.) The work ethic is a speck lower in America, as is self-reported “life satisfaction and happiness.”

Scotland and Prague and New South Wales aren’t cruel and dangerous hellholes, and that’s a big problem for Gundersen, French, and their ilk. It does not, however, trouble psychologist Frans de Waal. Nearly a decade ago, he asked: “Does anyone truly believe that our ancestors lacked social norms before they had religion? Did they never assist others in need, or complain about an unfair deal? Humans must have worried about the functioning of their communities well before the current religions arose.”

Along with other brave researchers, de Waal has helped confirm the heartening probability “that the building blocks of morality are older than humanity.”

Post-Christian America certainly won’t be be the kind of paradise Richard Dawkins, Bill Maher and Penn Jillette envision. Homo sapiens has a masterful ability to sabotage its well-being, from Cancel Culture to child abuse to genocide. Individually and collectively, mankind’s self-destructiveness always lurks, waiting to strike.

But it’s not clear that the United States losing its religion will immanentize a nightmarish landscape in which the living envy the dead. If French’s “fruits of the Spirit” do predate a baby born in Bethlehem 2,000 years ago, there might even be reason for a bit of hope.