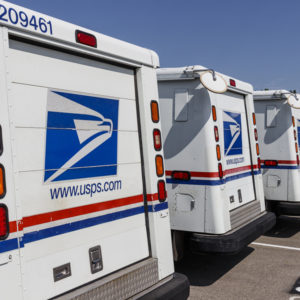 Postal Banking is Harmful and Unnecessary

On October 4, three days after the U.S. Postal Service implemented degraded standards for first-class mail, ensuring delivery will be slower than in the 1970s, it announced it was getting into a new business: Check cashing. The experimental service is taking place in four cities: Washington, Baltimore, the Bronx, and Falls Church, Virginia.

USPS has $188 billion in unpaid debts and long-term liabilities, chronic annual losses of approximately $9 billion, and has defaulted on more than $45 billion in retiree health care and pension contributions since 2011. Yet, it is flirting with diving into – yes, wait for it – banking.

America’s leading progressives – Sens. Bernie Sanders and Kirsten Gillibrand, along with Rep. Alexandria Ocasio-Cortez, are pushing quite hard for postal banking. Through the country’s more than 30,000 post offices, they want to provide sprawling new government programs.

The central argument for postal banking is that millions of Americans are unbanked and exploited by payday loan companies and related enterprises who charge onerous fees for check cashing and other services. Unbanked means not having a checking or savings account at a bank or credit union.

While any exploitation of the poor is despicable, the numbers simply do not show that being unbanked is a widespread crisis, or that having USPS enter this business is the best way to solve the underlying problem.

An October 19, 2020 report by the Federal Deposit Insurance Corporation (FDIC) found 5.4 percent of U.S. households (approximately 7.1 million households) were unbanked. This is the lowest level since those studies began, with the rate down significantly from 8.2 percent in 2011.

And the unbanked do have cost-attractive options. For example, Walmart charges a maximum fee of $4 for checks up to $1,000, with funds put on a card, and up to three checks a day cashed. Under USPS’s pilot program, it charges $5.95 to cash checks up to only $500 and puts the funds on a card.

The mission and purpose of USPS for the past 245 years has been to deliver mail. It is the only entity that can do this essential public service. Even in the internet age mail remains important, with 50 billion pieces of first-class mail sent annually. Yet the delivery standard for 39 percent of first-class mail was lengthened by at least a day, starting October 1.

Today packages account for just 6 percent of total volume, yet the focus on growing this enterprise has caused mail standards to be reduced twice since 2014 and contributed to USPS’s financial difficulties.

Postal banking is much farther afield from USPS’s core mission of logistics management and mail delivery.

There will soon be aggressive pushes to have USPS open savings accounts. Not far behind will be demands for low-interest credit cards, mortgages, and auto loans. The aim of progressives is to make USPS a mammoth government lender and to change banking as we know it.

This raises many questions. Is USPS going to offer Venmo-type payment options? Accept Bitcoin for payment? How much depositor and customer info could be stolen by hackers?

Banking technology is changing rapidly and is critical to bank service today. USPS does not have the funds to scale up into a widespread banking enterprise. And taxpayers should not foot the bill for this experiment or be the backstop for USPS’s financial services losses.

A 2018 U.S. Treasury Department task force report on USPS got it right when it said, “Given the USPS’s narrow expertise and capital limitation, expanding into sectors where the USPS does not have a comparative advantage or where balance sheet risk might arise, such as postal banking, should not be pursued.”

USPS is faltering at its critical mission: timely mail delivery. Postal banking distracts from that mission and will create even more staggering financial losses at USPS while doing little if any good.