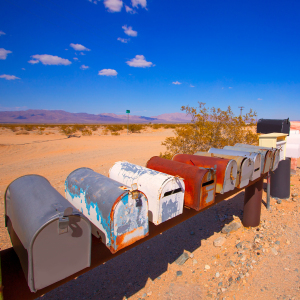 Coburn Calls for Postal Regulator to be Replaced

Over the past few years, more and more news has spoken to the dire financial position of the United States Postal Service (USPS). At the center of these challenges is Ruth Goldway, who as chair of the Postal Regulatory Commission since 2009, has been responsible for oversight of the USPS. President Obama must now decide next month whether Goldway should be renominated for another term, but some believe her assertion of foreign policy authority, and the taxpayer-funded international travel expenses she has accumulated, should preclude her from another term.

Sen. Tom Coburn (R-OK), ranking member of the Homeland Security and Governmental Affairs Committee, tells InsideSources, “It’s time for the White House to make sure the PRC has steady leadership during one of the most difficult periods in the Postal Service’s history.  As the current chairman’s term comes to an end next month, they should look in a new direction to ensure the commission provides adequate oversight.”

Goldway got her start in politics working with anti-war activist Tom Hayden. She eventually rose to become Mayor of Santa Monica, but in 1983, reports the New York Times, voters ousted her after the city came to be known as “the People’s Republic of Santa Monica” in an election where “one of the main issues was whether Santa Monica should have its own foreign policy.” The Times notes that Goldway’s loss was related to her intolerance of dissent that was described as “arrogant and dictatorial.”

While the Postmaster General manages the operations of the USPS, the PRC Chair has substantial authority over what policies are put in place. Under Goldway’s reign as head of the PRC, the USPS has undoubtedly sunk to new lows.

Each week seems to bring news of fiscal troubles at the USPS. A report earlier this week from the USPS Inspector General finds that a $5.1 billion credit card program intended to cover fuel purchases for contractors lacks the oversight necessary to prevent “fraud, waste, and abuse.”

Last week, the USPS defaulted on more than $5.5 billion of prefunding payment to the Treasury Department. This marks the fourth straight time the USPS has defaulted on payment, and it is yet one more instance in a long string of fiscal management problems for USPS, which according to the Government Accountability Office (GAO) owes $100 billion in unfunded liabilities.

And it won’t help the Post Office’s bottom line that the American Postal Workers Union just declared a “major victory” in forcing the USPS to hire 9,000 new workers.

The GAO has authored a number of reports on postal trends that do not portend well for the USPS. A study from last year called for “urgent action” to correct the financial problems of the USPS. The report said: “USPS faces a dire financial situation and does not have sufficient revenues to cover its expenses, putting its mission of providing prompt, reliable, and efficient universal services to the public at risk.” In a 2011 study titled, “Mail Trends Highlight Need to Fundamentally Change Business Model,” the GAO notes that technological trends will lead to total mail volume decreasing 25% and first-class mail volume declining 50% by 2020.

Despite its fiscal woes and consumers’ turn to digital technology, the USPS has been reluctant to adapt. In April, Derek Khanna reported for InsideSources that the USPS, which has statutory monopoly power, had favored its junk-mail clients over partnering with a popular startup called Outbox, effectively shutting down the company.

It is not just failed oversight of the USPS that worries observers of Goldway’s tenure. While USPS fiscal troubles have escalated under Goldway, much of the problem at USPS can be attributed more to market factors than leadership. Significant questions have been raised over Goldway’s travel budget, which is funded by taxpayers. A bipartisan group of lawmakers are troubled by the $70,600 in official travel that Goldway accumulated in only her first two years on the job, according to a 2012 report from the Washington Post.

Sen. Tom Carper’s (D-DE) office stated that Goldway’s travel “raises legitimate questions” at “a time when the leadership of the Congress, the Postal Service and the Commission should be focused like a laser on the Postal Service’s financial problems.”

Last year, Goldway’s travel earned her a spot in Sen. Coburn’s annual “Wastebook” for her “flying high on the taxpayer dime.”

As some look ahead to whether Congress will be able to move forward on postal reform soon, President Obama must decide in only a month whether to re-up Ms. Goldway. Questions still remain in policy circles whether or not she will survive.

And one may wonder whether the former mayor, who once lost her job as her city tried to declare its own foreign policy, will now be out of work again over her postal foreign policy and its taxpayer-funded travel perks.