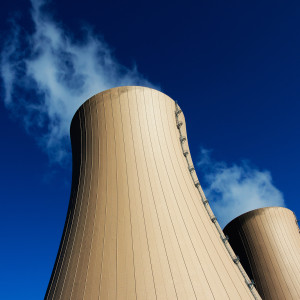 SEOUL — South Korean President Moon Jae-in’s vision of a nuclear-free South Korea defies the reality that billions of people need ever more sources of energy not only for commerce and industry but also to turn on the lights.

Oil and coal, besides polluting the atmosphere, are often inaccessible, difficult to transport and expensive. Wind and solar power are impossible to produce in the quantities needed for large urban complexes. Imagine, then, the effect of Moon’s dream of doing away with a nuclear program responsible for providing nearly one-third of South Korea’s electricity.

Chagrin over Moon’s policy runs strong in the United States, in danger of falling behind international competitors as the global leader in nuclear power thanks to antinuclear zealots to whom the word “nuclear” denotes the mass destruction of humankind. Moon’s attitude reinforces deep concerns about the future of nuclear energy among Americans responsible for pioneering a blessing for all.

David Blee, executive director of the Nuclear Infrastructure Council in Washington, leaves no doubt of his disappointment over a policy that is sure to damage American as well as Korean interests. As he lamented in an email to me, “President Moon’s retreat on nuclear energy is perplexing, inexplicable and clearly out of step with the South Korean public.”

The energy ministry’s decision, with Moon’s reluctant approval, to complete two reactors already under construction shows qualms about his promises, during his election campaign, to do away entirely with Korea’s longstanding nuclear power program. The ministry refused, however, to approve plans for six more reactors in addition to 23 already on line, shattering the vision of Korean energy experts for more than 30 reactors fulfilling half the industrialized country’s voracious appetite for electricity.

How long, however, can Moon pursue an anti-nuclear policy loudly proclaimed in populist speeches during the Candlelight Revolution that resulted in the ouster and jailing of his conservative predecessor, Park Geun-hye? “The conventional wisdom,” Blee told me, “is that his politically motivated pause is unsustainable against the weight of nuclear’s economic, clean energy and geo-strategic attributes.”

One obvious consideration is that Korea’s Doosan Heavy Industries, Korea’s lone producer of reactors, is building four of them for the United Arab Emirates — a $20 billion deal, via the Korea Electric Power Corporation, that KEPCO and Doosan would love to duplicate elsewhere, notably in an even bigger deal with Saudi Arabia. Can Korea really abandon the nuclear power industry, Blee wonders, given its “global ambitions in the multi-trillion-dollar nuclear energy marketplace.”

Llewellyn King, founding editor of Energy Daily in Washington, paints a grim picture of the impact on American interests of Korea’s retreat from nuclear energy. “The U.S. nuclear industry had come to view South Korea’s as competition but also as a companion in arms,” he told me. “While they feared intense competition in services and new building overseas, they also thought it was constructive to have a major supply-country in the game besides China and Russia.”

Anxiety goes beyond manufacturers, King said. “There also is a feeling of disappointment in the U.S. national laboratories, several of which have contributed and continue to contribute to technology in South Korea, particularly in advanced reactor concepts and the development of new nuclear fuel.”

King sees the South Korean retreat as having global implications. “The feeling across the industry is that a blow to the South Korean nuclear industry is a blow to nuclear everywhere,” he said. “If the South Koreans abandon the field, others will say, ‘Even South Korea thinks it can do without nuclear,’ and that will be trumpeted by nuclear opponents everywhere. The sense of moral abandonment has totally displaced any joy that a high-flying competitor may have its wings clipped.”

King places the shock of Moon’s nuclear policy in the context of a series of bitter blows. The U.S. nuclear industry, already suffering from the bankruptcy of Westinghouse Electric and cancellation of a nuclear power plant in South Carolina, he wrote, “was sent reeling by the Moon election and his negative approach to nuclear.”

He elaborated still more in an article for the Global American Business Institute in Washington, which often stages discussions on the nuclear industry. “American Nuclear Industry Quakes at News from South Korea,” was the title of the article, portraying Moon as almost a traitor for deciding “to turn the country away from nuclear power to a more uncertain and expensive electricity future.”

The decision, King wrote, was “one of an accumulation of blows that have rained on the U.S. nuclear establishment since the tsunami hit the Fukushima Daiichi Power Plant on March 11, 2011.”

While the anti-nuclear crowd sees the disaster in Japan as reason to shut down nuclear power plants everywhere, Americans “including the nuclear Navy, the national laboratories, the universities, many government agencies and the regulators had hoped that South Korea would continue to hold the nuclear torch.”

Korea “needs nuclear because it is energy poor,” King argued, and the plant being built in the UAE “puts South Korea in a driving position as another global vendor.” Otherwise, he warned, new reactor construction will be dominated by just two countries: China and Russia.” Moreover, he asked, “What will become of the evolving light water technology of Korea Electric Power Corporation?”

David Blee at the Nuclear Infrastructure Council takes a somewhat more optimistic view but shares similar concerns. “Notwithstanding the current U.S. market challenges, America remains the nuclear energy capital of the world,” he said. “We are the world innovator in technology development and have the largest best operating and safest fleet in the world. What we do or don’t do in the next 10 years will dictate whether the U.S. maintains its leadership or if we will be buying Russian and Chinese reactors.”

President Trump, Blee noted, “has ordered the development of a plan to revitalize and expand American nuclear energy and has already taken some tangible step steps in the right direction. … So stay tuned.”