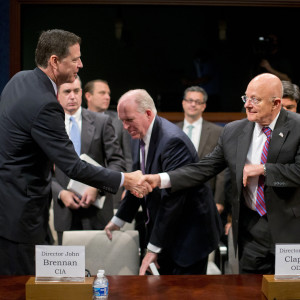 The President Sinks Into the Cesspool of Vengeance

Just when you think President Trump couldn’t sink any lower, he astounds. He’s bewildering in his ability to sink and then sink further — and all the while to claim success, rectitude and leadership.

This week’s plumbing of the sewers of conduct came in two Trump specials.

First, there was the unbecoming amount of presidential time spent on denigrating Omarosa Manigault-Newman. He knew her well — knew her propensity for infighting, exaggerating and lying — when he hired her on at the White House.

The question is, what was a reality show contestant of no particular ability doing in the White House to begin with?

Whether the president fired her, or his chief of staff did, doesn’t matter. Clearly, there was merit in getting her out of there. That’s now more than clear, when we learn that she was taping conversations in the Situation Room, the sacred heart of the White House.

After a firing, there’s a kind of protocol: You don’t litigate the issue ex post facto, especially in public. You let it rest; those who have been fired anywhere are usually aggrieved and angry.

The executive who did the deed doesn’t then sink into verbal mud wrestling with the dismissed person. One doesn’t do that. But Donald Trump does do that — with relish.

More egregious was his yanking the security clearance of former CIA chief John Brennan. This is vicious, petty, vengeful and strikes at the very basis of civil respect in America.

Security clearances are, at the least, a kind of badge, a medal, a recognition that you have served the country at the highest level of trust.

I’ve known four secretaries of defense, five secretaries of energy, three CIA directors and 12 national laboratory heads. I’ve seen how those now carrying the burden of office have consulted with those who had carried it.

Those who have security clearance, even if they aren’t called upon to use their knowledge often, are a kind of national reserve of expertise in sensitive matters, ready when needed. Others may need security clearance in defense contracting jobs when they leave their government service.

We don’t have civil honors as in Britain. Those with security clearances carry a little honor, a little recognition — and a lot of pride.

While Trump was bearing his teeth against the defenseless, like a hyaena afraid of losing its prey, big stuff at home and abroad was what one would’ve thought might have been of commanding interest to the president, including:

—A red tide was damaging the ocean life of Florida while hurting its tourism.

—California was burning up with the worst fires in history.

—The mayhem was continuing in Yemen.

—Turkey, a NATO member, was being driven into the arms of Russia, while its failing currency was roiling world markets.

—Russia was believed to be preparing to knock out the U.S. electric grid; and it was legitimizing its grasp on Crimea.

Against these, and other domestic and world crises, Trump was lost to bile and spite.

A friend, a lifetime Republican (small government, fiscal restraint, free trade, strong defense) suggested in conversation this week that the Trump legacy would cost us a generation of lost opportunity in the world. He said it would take that long to get back to old alliances and to the position of respect we have enjoyed in the world.

I disagreed. I think it could take 100 years, perhaps. The rub is one never returns to the status quo ante after upheaval. The earth moves, so to speak.

Consider two historical events with 100-year legacies. The first is the Congress of Vienna, which mapped a peace in Europe that lasted nearly a century. The second is the ill-conceived Treaty of Versailles, the peace document signed at the end of World War I. It led to World War II; and, to this day, it’s at the root of much of the trouble in the Middle East.

Tweeting isn’t communicating, settling scores isn’t governing, handing the world over to Russia and China isn’t what we expect of any president, even a petty one awash in bile.