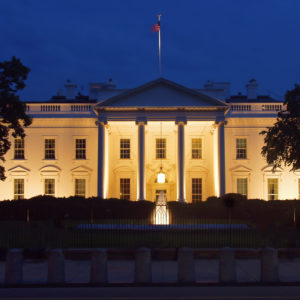 Under President Trump Will Congress Rein In Executive Branch?

When I was counsel to former Rep. Geoff Davis, R-Ky., in the 112th Congress, a constituent named Lloyd Rogers asked why Congress wasn’t accountable for the cost of federal regulation. The simple answer was that Congress should be, but isn’t in any meaningful way.

The Constitution is clear that “all legislative powers” are granted to Congress. The president ensures that duly enacted laws are faithfully executed, and the judiciary settles disputes over the application of laws. But that basic structure has deteriorated over the last several decades.

Davis resolved to address that shortcoming with the Regulations from the Executive in Need of Scrutiny (REINS) Act. The REINS Act would require Congress to take an up-or-down vote on any executive branch rule or regulation with an annual economic impact of $100 million or more.

The House of Representatives has passed the REINS Act four times, but it hasn’t moved through the Senate and onto the president’s desk. In short, Congress remains insufficiently accountable for the executive branch’s use of delegated legislative power.

Over the last eight years, Republicans repeatedly assailed President Barack Obama’s “executive overreach.” From immigration to carbon dioxide regulation to water regulations and a federal minimum wage, the outgoing president pushed executive-branch power to its limit. Now that Republicans control both the White House and Congress, will they vote to restore the balance of power between the three branches of federal government?

Over time, Congress has become increasingly lazy. Writing law wasn’t ever easy. With somewhere between 60 and 316 federal agencies serving a population of nearly 325 million, the task has become exceptionally complicated. When the going gets tough, Congress gets to delegating.

A congressional delegation reads something like this: “The secretary shall promulgate rules…” All that means is that federal bureaucrats fill in legislative blanks. Our legislative process has essentially become a game of Mad Libs with real-world consequences.

Nancy Pelosi was totally correct in 2010 when she famously stated, “We have to pass the [Affordable Care Act] so that you can find out what is in it.” Many legislative details weren’t drafted into the legislation when it was signed into law.

Congressional laziness is only part of the problem. The delegation model also is politically expedient. Think of it as a layer of political insulation for the House and the Senate. Passing laws isn’t an exact science. Some laws that sound good in theory simply don’t pan out in reality. By delegating legislative authority to the executive branch, Congress is able to take credit for laws that turn out to be popular and shift blame to the president when things don’t work out as planned.

Statutory “blanks” and loose language effectively give the president and agency bureaucrats the ability to legislate without Congress. There’s no better example than the Obama administration’s Clean Power Plan, which aims to regulate carbon dioxide. When Congress initially passed the Clean Air Act, carbon dioxide wasn’t contemplated as a pollutant. Even when Democrats controlled both legislative bodies and the White House from 2008 to 2010, Congress refused to regulate carbon dioxide.

The Environmental Protection Agency nevertheless moved to regulate it, and the Supreme Court affirmed the agency’s ability to do so in 2009. That ruling formed the basis for the Clean Power Plan, as the president and EPA effectively used delegated congressional authority to craft a law that neither past nor present congresses had the votes or will to pass.

Republicans in Congress railed against the president’s legislation-by-regulation to no avail. Thankfully the rule was put on hold by the Supreme Court and likely will be withdrawn under the new administration. Nevertheless, many Democrats cheered Obama’s efforts. At the time, results were much more important than process. They may find a renewed interest in the legislative process under President Donald Trump.

The question is whether Republicans will maintain their insistence on regulatory accountability for Congress if it means less unilateral power for Trump. If they do, Congress could radically change the regulatory state that has been a massive burden on our economy for far too long.

Congress and President Trump have the opportunity to restore power to the branch that’s closest and most accountable to the people. Congress may be willing to reclaim its responsibility, but it takes an exceptional politician to reduce the power of his office voluntarily. Trump might turn out to be the type of president. If he’s not, Republicans may find a healthy number of Democrats willing to join Republicans in overriding his veto of the REINS Act.

Cameron Smith is state programs director and general counsel for the R Street Institute, a think tank in Washington, D.C.