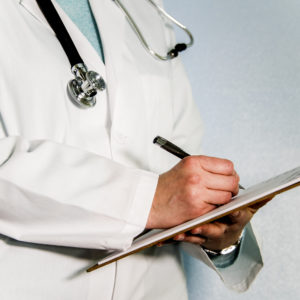 Preventive Medicine and the Curse of Common Sense

An important lesson for health care policy resides in an orthographically eccentric quote from the 19th-century humorist Josh Billings: “Wisdum don’t konsist in knowing more that iz new, but in knowing less that iz false.” Nowhere is this truer than in the commonly held, but mostly false, belief that more preventive care will reduce overall health care costs.

How can reality stray so far from what seems to be obvious logic? Let’s illustrate the conundrum by way of a thought experiment — the hypothetical costs involved in a hypothetical Disease X:

WIDESPREAD TESTING: But the first problem is that we don’t know in advance who needs an early screening. So, practically speaking, we have to conduct widespread testing. Testing all 10,000 people means $50,000 in tests to find the one unfortunate who has Disease X. Now, early detection saves $100,000, but we spend $50,000 for tests and $20,000 for treating the one sick person. Net savings are now $30,000, rather than $79,995. Still, some savings are better than none.

FALSE POSITIVES: But, wait — as the TV ad says — there’s more. The test isn’t perfect and incorrectly flags two healthy people as having Disease X. We treat them, too, at a cost of $40,000, but there are no gross savings from those treatments, since neither would ever have become ill with Disease X. Now, we save $100,000 by detecting the one case early on. But we spend $50,000 in tests and $60,000 in early treatments. On net, our prevention program now amounts to a $10,000 loss — rather than savings.

IATROGENESIS: Here things get worse. One of the two false-positive patients suffers adverse consequences from the early treatment. (The technical term is “iatrogenesis.”) We spend $30,000 to reverse the damage caused by the original treatment, which we omniscient readers know was unnecessary in the first place. The prevention program now cuts out $100,000 in costs by averting one case of Disease X, but requires us to spend $50,000 for tests, $60,000 for treatments, and $30,000 for undoing the side effects of one patient’s Disease X treatment. The net loss is now $40,000.

We can add yet another complication. Preventive care often has the effect of extending life. While that is admirable and desirable, a longer life often means surviving long enough to contract even more expensive maladies (think of cancer or Alzheimer’s) that would never have occurred over a shorter lifespan.

And so it goes with most preventive care. Again, that doesn’t mean we shouldn’t engage in preventive care. It only means we ought to expect our collective health care expenditures to rise, not drop, as we increase our preventive efforts.

In 2009, the Hastings Center’s Louise Russell wrote, “Nearly everyone agrees on one thing: spending more on prevention will help bring health care costs under control,” but added that voluminous evidence “consistently points to the opposite conclusion.” In a panel discussion, New York University’s Sherry Glied said, “Prevention is a good strategy in terms of improving the health of the population in many cases, but it is not a fiscal strategy. It is a health strategy.”

All of this reflects a quote I penned around 20 years ago: “Economics, at its very best, is an assault on common sense. Common sense is often incomplete, misleading or flat-out wrong. And commonly held beliefs, no matter how wrong they might be, are exceedingly difficult to dislodge.”