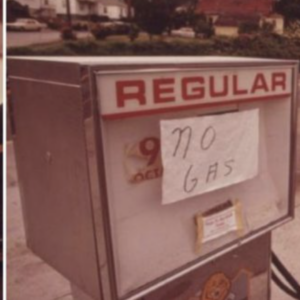 Last month, House leaders took a significant step toward giving the federal government the power to regulate gasoline prices by passing the Consumer Fuel Gouging Prevention Act. That bill is designed to combat the perceived issue of rampant price gouging by oil companies and other energy producers. However, the bill attempts to solve a fabricated problem. In doing so, it risks destabilizing the energy market and consequently creating gasoline shortages.

As currently written, the bill would grant President Biden the power to declare a national energy emergency and impose price controls on any fuel sale deemed “excessive” or unreasonable.

The bill includes two important amendments. One would grant the Federal Trade Commission broad power to conduct investigations into whether gasoline prices are being manipulated in ways that reduce refinery capacity. The other would supposedly establish a new unit at the FTC to protect consumer interests and monitor fuel markets for anticompetitive behavior. In general, the bill would empower the government to punish actors that it decides are unfairly profiting from fuel sales and “exploiting the circumstances related to an energy emergency.”

The problem with this legislation is that it is extensive, and it gives the federal government tremendous power to interfere with market signals that are simply a reflection of supply and demand. As such, the House bill and a similar Senate bill are reminiscent of the ineffective policies of the 1970s that placed caps on gasoline sales and resulted in massive energy shortages, rationing and long lines at the gas station. An FTC report on gasoline price manipulation issued decades later in 2006 concluded that “federal gasoline price gouging legislation, in addition to being difficult to enforce, could cause more problems for consumers than it solves.” That today’s legislators have failed to learn lessons from these past mistakes is a true mystery.

The high price of gasoline is particularly troubling for many Americans who already spend a considerable chunk of their paychecks on transportation. As of June 2, the national average cost for a gallon of gas stood at $4.715, the highest price in U.S. history. This average may still be increasing. A new report by JP Morgan indicates that it expects the price of gas may surpass $6 a gallon by August.

Americans should be worried about rapidly rising prices. However, that does not mean that Americans favor regressive price-control measures that will inevitably backfire on them and create worse problems in the long run. Instead, Americans have stated loud and clear that they expect policymakers to address the root cause of high gas prices. That root cause is, partly, due to a lack of adequate oil and gas production driven by hostile domestic policies such as scaling back lease sales on federal lands and increasing the oil royalty rate.

According to a new poll by Public Opinion Strategies, called the “True Cost National Online Survey,” 80 percent of Americans said federal policies were responsible for high gas prices. In addition, 73 percent of Americans reported that increased government spending was a major driver of high prices. Most noteworthy, 88 percent of Americans stated that making it easier to “produce and develop American energy” was an effective strategy for reducing inflation.

Yet the administration has frequently stood in the way of the steps needed to increase energy production. Promises to cut carbon emissions and transition the American economy off fossil fuels have led to new barriers to oil and gas exploration and to the premature closure of coal and nuclear plants needed for keeping prices low.

While Americans certainly care about climate change, a large majority of Americans view inflation as the country’s top problem. A Pew Research Center poll released May 12 found that 93 percent of Americans thought inflation either “a very big problem” or “a moderately big problem.” The issue of climate change was only sixth in order of priority. American politicians should take note of this.

It is abundantly clear that Americans desire concrete actions to fix inflation. However, harmful price-control legislation and restrictions on domestic energy production are not the steps Americans need or want. With that in mind, the Consumer Fuel Gouging Prevention Act is a deeply misguided piece of legislation that will do nothing to alleviate the financial burden many Americans face when purchasing gas.

Instead, congressional leaders should seek to remove domestic oil and gas production barriers. Actions such as these will go a long way toward stabilizing the oil market and helping bring down gas prices.

Nate Scherer is a policy analyst with the American Consumer Institute. He wrote this for InsideSources.com.