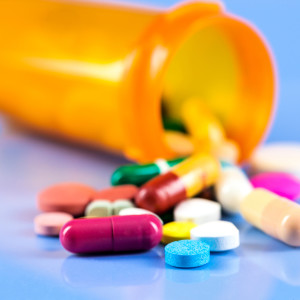 Posted to Politics May 03, 2019 by Merrill Matthews

Congressional Democrats want to fundamentally transform Medicare by imposing socialist price controls on prescription drugs. But these lawmakers know such drastic changes would be dead-on-arrival in the Republican-held Senate.

In the meantime, some of them are coalescing behind a more moderate-sounding proposal that would achieve a similar result — and they just might get some Republicans to join them.

Currently, Medicare pays for drugs in different ways. Pills and other medicines that patients buy from pharmacies are generally covered through Medicare Part D, which relies on private health insurers that negotiate drug prices directly with pharmaceutical companies.

Medicare Part B covers advanced medicines often administered via IV-drip or injection in hospitals, clinics and doctors’ offices. Physicians and hospitals buy the drugs at market prices and then bill Medicare for reimbursement.

Important, prices in both programs are determined via negotiations between private entities. And as a result, Medicare patients have access to almost all drugs, including the newest, cutting-edge medications. The proposed arbitration process would be entirely different.

While arbitration is widely used in the private sector to resolve disputes among companies or individuals, in most cases, the parties involved agree upon an impartial person who hears both sides and makes a determination.

That is not what the politicians who are promoting binding arbitration on drug prices have in mind.

While proposals vary, the basic idea is that a drug manufacturer would propose a price for its brand name drug. The government would also propose a price, which would almost certainly be significantly less.

If the government and company couldn’t come to an agreement, the government would appoint an arbitrator to determine the price and both parties would have to accept, which is why it’s called “binding arbitration.”

In other words, the government would essentially dictate, not negotiate, the price. In this case, arbitration is just an indirect form of government price controls.

How do we know that the government would ultimately dictate prescription drug prices under Medicare? Because it’s been doing that for hospital and physician reimbursements for decades.

Two results would come from this approach. First, people with private sector insurance would likely pay more to make up for the government’s underpayment. Again, we know this would happen because that’s what happens now with Medicare hospital and physician reimbursements.

Second, the proposal would harm innovation.

Developing a new drug is an expensive and time-consuming process. It typically takes about 10 or more years for a drug to move from inception to ingestion. And the process costs on average about $1.7 billion out of pocket.

Only a fraction of the drugs that begin the process actually make it through the clinical trials and receive Food and Drug Administration approval. And only about 20 percent of those generate enough revenue to offset their research and development costs.

There are 4,000 medicines currently in development in the United States — including 1,100 cancer drugs, 200 treatments for heart disease and stroke, 170 diabetes medicines, and 85 Alzheimer’s treatments. One of those drugs may be the one that saves your, or a loved one’s, life.

Arbitration would make it much harder for manufacturers to earn a return on their investments. Medicare is a major purchaser of pharmaceuticals. If the program pays below-market prices for drugs, investors would have little reason to continue funding research and development. And research that doesn’t get funded doesn’t find a cure. It’s as simple as that.

Just look at what happened to a certain class of hepatitis C medicines. When the first drug was released in 2013, it was expensive. But over the next four years, as five competitors came to market, the average price of those drugs dropped nearly 70 percent.

If lawmakers want to cut drug spending without leaving patients in the lurch, they’d be wise to foster more competition in the drug marketplace. Price controls are more about limiting access than price.

Merrill Matthews is a resident scholar with the Institute for Policy Innovation in Dallas. He wrote this for InsideSources.com.