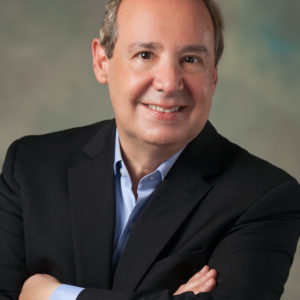 Privacy Legislation and the Best Film of 2019: A Conversation with Stuart Brotman

The following interview with the Wilson Center’s Science and Technology Innovation Program Fellow Stuart Brotman is part of an ongoing series of Q&As with leading policy professionals in Washington, D.C. This interview is edited for brevity and clarity.

IS: Tell me about your role at the Wilson Center.

Stuart Brotman: The Wilson Center is both nonpartisan and bipartisan so you have people from both parties involved, and there’s no political slant in terms of the political research that’s being done. One thing that’s refreshing is how civil everyone is here. We have about 300 people who are actively doing research, and 17 fellows, of which I am one, which are appointed for an academic year, which is a competitive process. I’m in the Science and Technology Innovation Program, and within the program I’m focusing on digital privacy policy issues.

IS: What are some of the biggest policy issues you’re focused on right now?

Stuart Brotman: Obviously we have some movement certain a lot of discussion around legislation. We’re at an early stage of the legislative process and a number of stakeholders who are participating, from the business community to NGOs to policymakers. Against that backdrop we have two major pieces of legislation that are out there — the GDPR in Europe which the U.S. needs to deal with because it involves data flowing to and from Europe — and then California has taken the lead in adopting its own law independent of a federal law, which is the CCPA.

We have a real push towards some newer technologies, facial recognition is one, AI is being integrated into many diff computer operations, so the implications of digital privacy for those technologies is very interesting. There are cities like Oakland, California that are prohibiting the use of this technology because they fear it will have enormous implications for personal privacy. We now have a discussion not just at the federal level but at the city level. In some ways, it’s like a 3D chess game.

IS: What do you think are some of the biggest misconceptions surrounding privacy issues?

Stuart Brotman: One is that we can have a one-size-fits-all piece of privacy legislation to cover privacy for all time. When we look at history, most of the work in privacy has been sector-specific, like HIPPA and FERPA. To go from sector-specific to a comprehensive general approach could be a very large leap. Because it’s evolving so quickly and dramatically, to freeze all this in a piece of legislation would be very difficult. Legislation takes a lot of time.

When we look at telecommunications, those legislations took 17 years to develop. Anyone expecting a federal approach very soon probably won’t be satisfied. We have a new election coming up, so I think it’s highly improbable we’ll see any legislation in the area and even if we did, it wouldn’t be comprehensive.

IS: Which issue are you most passionate about?

Stuart Brotman: I”m most passionate about essentially looking at this issue in a more on the ground sense. Particularly in Washington, we tend to look at this through the bubble of legislation. While all of this is going on, people on a day-to-day basis are facing issues relating to digital privacy. I’m interested in what’s happening on the ground as well as in Capitol Hill.

When we look at our lives, they’re all organized around digital platforms and in terms of giving up a certain amount of data to those platforms so it’s difficult now to apply for a job or get health care benefits or financial services without having some personable identifiable information.

There may be areas where those businesses are essentially not protecting that information or not notifying people that information is being used. My passion is not just to look at this as a legal and regulatory area but something that affects day to day living.

Stuart Brotman: I’ve been involved or many years in this area. I helped put together the National Technology and Information Administration (NTIA). When we put together NTIA, the information part of NTIA included privacy, and we put it together right after the enactment of the Privacy Act.

I’ve spent a good amount time on the cable and television issues and they’ve had issues relating to privacy. I’ve helped with legislation, including the Telecommunications Act of 1996. Then of course getting back to the day-to-day, I’m a data consumer and internet user just like everyone else, so I face these [privacy] challenges on a day-to-day basis like everyone else.

IS: Are there any experiences or people that stand out in how they influenced your views on privacy?

Stuart Brotman: In the late 1890s they had an article in Harvard Law Review about the right to privacy and a famous quote about reasonable expectations. I think so much of our conversation about privacy has been about reasonable expectations. We’ve seen a whole law developed around privacy. I’m not so much influenced by it but I see this as an opportunity to go back to that. We’re living within the 1890s right to privacy. There are very few things we’d look back and say, this carries through from the 1890s to today. I want to take a closer look at whats happened with that philosophy over the last century.

IS: Do you have any nerdy, unique hobbies?

Stuart Brotman: I’m a film buff. I started out as a filmmaker and obviously not involved in the production of films now, but I read film history and film criticism. I tend to go to one movie in a movie theater once a week. I really do love cinema. I love great dramatic films, historical films, comedies, musicals, international foreign films and I love documentaries.  Every time I see a movie, I put it in my journal.

Stuart Brotman: One movie I thought was quite compelling was “They Shall Not Grow Old” by Peter Jackson, who did the Lord of the Rings trilogy. It’s incredible at a number of levels, including the production level, how that archive was accessed and converting everything and putting it into a narrative format. The visuals are quite compelling. Of course they had the real audio of the people who were involved. I thought that was a spectacular film. There have been a number of smaller films about horses I think have been quite interesting. “Echo in the Canyon” was quite interesting. There have been a number of real good documentaries this year. “Marianne and Leonard,” “Mike Wallace Is Here,” and the film Cold War was quite good.