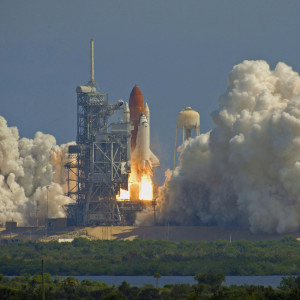 Private Business Should Lead the Way in Space Exploration!

Editor’s Note: For another viewpoint on this issue, please see: The Democratization of Space

If you want humanity to develop a space-faring civilization, you need to understand that space should be a free-market frontier and entrepreneurs should lead the way!

The history of space exploration obscures this fact. The first liquid-fuel rockets were developed by Robert Goddard, a private inventor, starting in the 1920s, while aviation began two decades earlier with the Wright brothers, also private inventors.

America, in a Cold War with the Soviet Union, wanted to demonstrate to the world that our free, open system was superior. So why not explore and do science in the process? The lunar landings and probes to the planets were some of the greatest human achievements of all, carried out by dedicated individuals at NASA, as well as by private contractors. But the costs were extremely high.

And after humans walked on the moon, NASA went from science and exploration to hauling freight into orbit with a space shuttle that kept the costs of access to space high.

To give the shuttle a reason to exist, in the mid-1980s NASA proposed a space station that it thought might cost $8 billion and be in orbit within a decade. The International Space Station ended up costing $100 billion, and it was only officially completed in 2011. Most scientists agreed that the science performed on the station was not a good value for those dollars.

Private companies developed a market niche with communications and remote-sensing satellites, all carried on government rockets. But government regulations and restrictions prevented such companies from providing launch services.

What civilian space needed was a private market, with private entrepreneurs. Only private parties can commercialize goods and services — that is, bring down costs and improve quality to make them accessible to wide segments of the population, whether cars, computers or TVs.

Private entrepreneurs have skin in the game. They’re using their own money. If they fail, they lose. NASA employees, on the other hand, are playing with tax dollars, funneled to them by politicians. When they fail, often they get even more money. Furthermore, private entrepreneurs can act quickly and decisively. They don’t have to go through committees, congressional hearings or yearlong blue-ribbon panels. They can simply act.

Thus, starting in the late 1990s, the government removed a number of regulatory barriers to private space entrepreneurs. The results have been phenomenal!

Peter Diamandis developed the $10 million Ansari X-Prize for the first private party to develop a spacecraft capable of carrying three humans into sub-orbital space twice in a two-week period. Burt Rutan won that prize in 2004, and he’s teamed up with entrepreneur Richard Branson in Virgin Galactic to offer commercial, sub-orbital flights for paying passengers.

And they’ll have competition! Amazon founder Jeff Bezos founded Blue Origin, a private rocket company, which could offer such flights by 2017.

PayPal co-founder Elon Musk started SpaceX, a rocket company from which NASA is now purchasing supply launches to the space station. The Dragon Heavy rocket he’s developing aims to put humans in orbit. And Robert Bigelow has developed prototypes of a private space station that could be carried into orbit on that SpaceX rocket. Look for lower-cost orbiting labs, hotels and honeymoon suites!

Musk has said, “I would like to die on Mars. Just not on impact.” That’s right! His ultimate goal is to set up Martian colonies.

One of the greatest benefits this explosion of private space activity offers is inspiration to a country starved for a vision of achievement. Philosopher Ayn Rand wrote of the Apollo 11 moon launch that it “conveyed the sense that we were watching a magnificent work of art — a play dramatizing a single theme: the efficacy of man’s mind.”

Just as private individuals settled the American frontier, so private pioneers are leading the way into space, the free-market frontier!