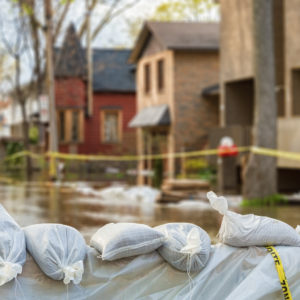 Privatization Can Help Save the National Flood Insurance Program

As Hurricane Michael leaves devastation in its path, and the program intended to protect homeowners from loss due to flooding continues to lurch from one financial crisis to the next.

The National Flood Insurance Program’s (NFIP) financial woes stem from the fact that it consistently fails to charge program participants rates that cover the full risk of flooding to their properties.

As a result, the NFIP’s revenues from premiums don’t even cover its claims during an average year. The Congressional Budget Office has calculated that the program is bleeding $1.4 billion annually. In years of catastrophic flooding, the NFIP has needed to borrow from the U.S. Treasury to honor its commitments to policyholders. Its debt now stands at about $20.5 billion, and that’s after Congress forgave $16 billion of the program’s debts last fall.

Unless action is taken, the NFIP’s finances will only deteriorate in the wake of the 2018 hurricane season and with each passing year.

Any successful reform to the NFIP must include a strong emphasis on mitigation to reduce the extent of damage from flooding. This would decrease losses and help stabilize the NFIP’s finances. The NFIP must do more to encourage homeowners to mitigate properties through elevation, relocation, demolition or other measures.

The way the NFIP is currently structured also creates a cycle of waste. After a flood, homeowners in risky shore-side or riverside locations use the benefits from NFIP subsidies to rebuild in the same place, only to have their homes damaged again and again with each passing year. For example, one $70,000 home in Mississippi filed 34 claims from 1978 to 2010, totaling $663,000 — nearly 10 times the value of the house. The NFIP paid the bills every time.

Nor is this an isolated case. The Government Accountability Office (GAO) found that just 1 percent of NFIP’s insured properties are responsible for 25 to 30 percent of claims. And the trend is alarming; the number of repetitive loss properties increased by 73 percent from 1997 to 2011, according to GAO.

Another flaw in the NFIP’s design is that a significant portion of homes with NFIP protection receive large insurance subsidies, distorting homeowner’s incentives and resulting in higher losses. According to the (GAO), 22 percent of homes with an NFIP policy pay premiums that reflect only 40 to 45 percent of the cost of covering the full risk of flood damage — taxpayers cover the rest through billions of dollars in subsidies.

By subsiding policies, the NFIP induces excessive development in flood-prone regions, putting more properties in jeopardy, causing higher losses, and raising costs for everyone. The risks associated with these newly build properties become a liability for taxpayers for decades to come. According to a paper from the University of Chicago, government subsidized disaster insurance creates “inefficient incentives to develop and redevelop coastal land, as well as the regressive redistribution” of wealth that favors affluent homeowners.

To address these issues and restore financial stability to the NFIP, Congress should expand the role of private insurers in flood protection. The private market’s involvement would encourage a broader selection of coverage options, set rates that accurately measure risk, and lower costs for many consumers while lifting a burden from taxpayers’ shoulders. The NFIP itself has acknowledged that greater private sector involvementshould be considered.

In the interest of consumers and taxpayers, as Congress looks for a way to put the program back on track, creating a larger role for the private market should be central to any reform plan.