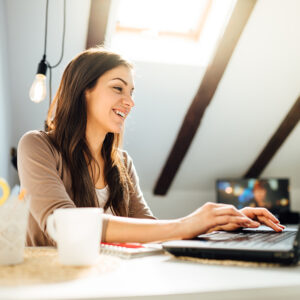 In the 1980s, Dolly Parton gave working women everywhere an anthem summing up the frustrations many have felt working 9-to-5.

However, a lot has changed in the 40 years since Parton’s iconic song debuted, and Squarespace rebooted it in a recent Super Bowl ad. In the commercial, Parton flips the script in the same way millions of Americans have in recent years; this time around, she’s working 5-to-9, and doing so on her own terms.

The chorus sums up the freedom millions of entrepreneurs have found in 21st-century employment: “It’s hustlin’ time, a whole new way to make a livin’,” one in which workers are free to pursue their passion and “be (their) own boss, climb (their) own ladder.”

Unfortunately, Parton’s rewrite may not age as well as the original: Congressional Democrats and the Biden administration are quickly working to eliminate Americans’ ability to find work on their own terms, at a time when the pandemic rages on and Americans need flexibility and choice more than ever.

The House is expected to consider the Protecting the Right to Organize Act, or PRO Act — legislation the National Retail Federation dubbed “the worst bill in Congress,” the week of March 8. It would virtually eliminate the ability of people to work as independent contractors and freelancers by codifying nationwide the most destructive parts of California’s sordid Assembly Bill 5 law. It also takes aim at traditional workers, banning right-to-work laws that protect Americans from being fired for not paying a union. Further, the PRO Act institutes numerous other policies that put the interests of well-funded labor unions ahead of individual workers and the businesses that employ them.

Of particular concern to those who make a living or supplement their income through independent contracting is the proposed inclusion of AB 5’s “ABC test,” a three-pronged approach that makes it nearly impossible for a person to be classified as a contractor rather than an employee. The purported intent behind this test is to require companies to hire workers as employees, offering them benefits and giving them a clear path to unionization. But in practice, it will lead companies to refrain from hiring freelancers at all. The impact on California workers has been so disastrous that California voters overturned parts of the law a mere 11 months into its existence. Vox Media made headlines for laying off 200 workers in the wake of AB5, and stories of now displaced workers like ASL interpreter Sophia Aguirre, graphic designer Kevin Barnard, and animal welfare specialist Valerie Fausone are becoming more and more common.

Perhaps the worst aspect of the PRO Act is one making fewer headlines: It would severely restrict workers’ choice in union membership and influence in union matters. The bill would ban the right-to-work laws that exist in 27 states (and are being considered in two more) — meaning workers nationwide could be required to join and pay a union as a condition of employment, whether they want to be in one or not. The legislation is also full of federal mandates that strip local unions and businesses of their ability to meet the unique needs of their region and its workforce.

PRO Act supporters argue the law is needed to protect the ability of workers to join strong unions and shield them from being taken advantage of at work. But workers already have the freedom nationwide to form and join unions and are largely responsible for dictating how their unions operate locally. The way to grow unions is not by forcing vast swaths of the American workforce to pay and join them, but rather, in unions offering services that make membership worth the cost.

In a span of 40 years — the duration of a career for many workers — Dolly Parton evolved from a secretary continually crushed by the “boss man” to a woman reveling in the joy and pride she’s found in “making something of (her) own.” Rather than pushing one-size-fits-all mandates upon the American workforce, Congress should ease restrictions and regulations so workers are free to make something “worthy of (their) dreaming.”